One of the fastest-growing companies in the world is Xiaomi. It’s been on the market for 7 years. It has managed to make myriads of products for various niches. But what’s more amazing, wherever the company enters, it becomes a top brand. Many know this brand for its smartphones. But Xiaomi has many other products that are leaders in certain markets. Say, today it was officially announced there were shipped over 550.000 Xiaomi Mi TVs in March. This result allows the company to take the second position in China. 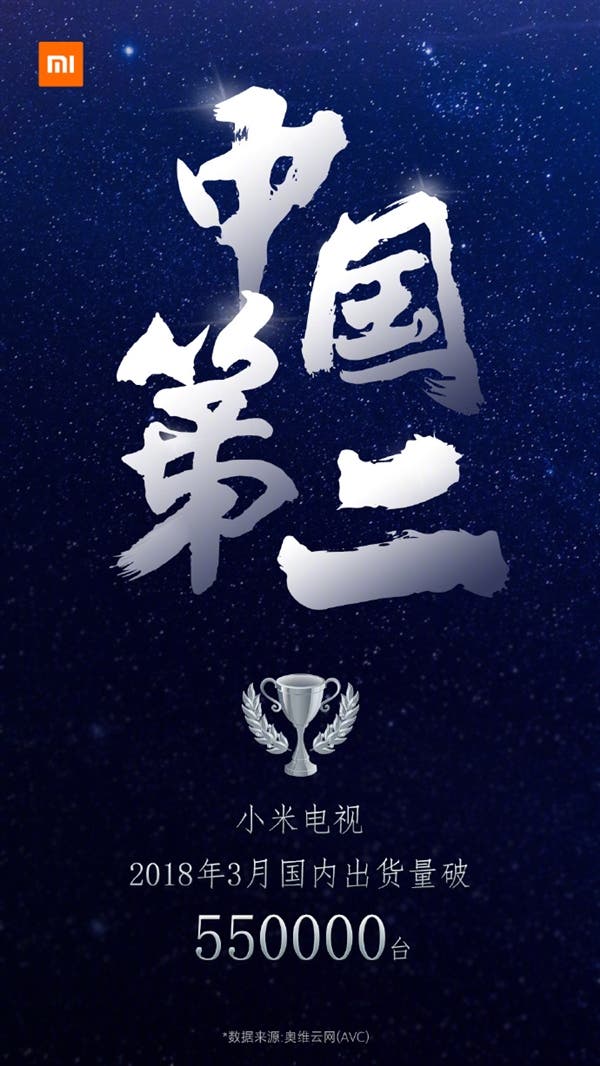 Generally, Xiaomi has released its first TV back in September 2013. So we can state after five years of development, Xiaomi Mi TV has grown to become the second TV brand in China. But it reached such heights gradually. In February, Xiaomi entered the top 10 in the global market. Its name was put next to such TV industry monsters as Samsung, LG, TCL, Hisense, Sony, Philips, Skyworth, Sharp, and Panasonic.

In the recent past, on March 9, the manufacturer announced the Xiaomi Mi TV had set a new record for China. One of its best models, the Xiaomi Mi TV 4A 32-inch had shipped up to 1 million units in 8 months only. It was a record number for the Chinese TV market.

But it’s not surprising for those who are aware of this brand and the Mi TVs. There are many 4tg-gen Xiaomi Mi TVs designed for various customers with various incomes and requirements. Say the original Mi TV 4 is the world’s thinnest TV at a 4.9mm thickness. But what’s more interesting the aforementioned Xiaomi MI TV 4A 32-inch is currently available at 999 yuan ($157) only. This simply means we are dealing with the cheapest TV coming our way from a top brand.