The next-gen flagship of 360 Mobiles will debut on May 8 at a special conference. It’s been thought the 360 N7 will be packed with a Qualcomm Snapdragon 636 chip, which was released in mid-October 2017. It’s a mid-range processor based on a 14nm FinFet process technology. The SND636 also uses a Kryo 260 octa-core architecture and Adreno 509 GPU. Thanks to them the chip scores around 110.000 at AnTuTu. As for today, an AnTuTu test screenshot leaked on the net showing 133.810 points for an alleged N7 phone. So there is every reason to think the 360 N7 that carries a model number of 1807-A01 will be packed with a MediaTek Helio P60 announced quite recently. 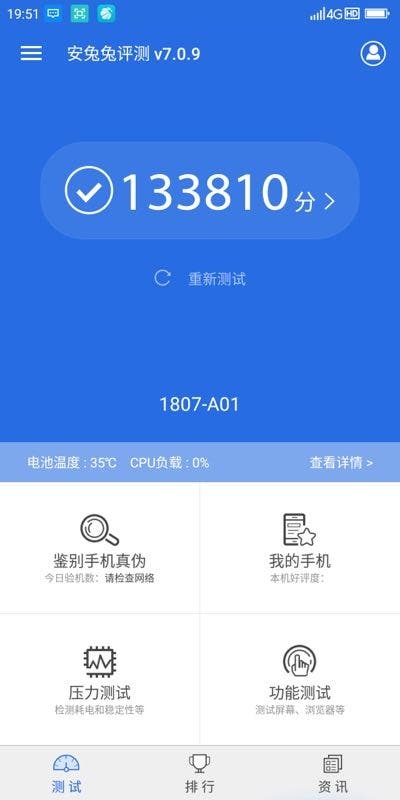 When the net was buzzing about the 360 N7 and the presence of the Snapdragon 636 on it, 360 Mobiles President Li Kaixin announced the phone won’t come with a Snapdragon 636 chip. But we had heard too much about that. So no alternatives were assumed. At this moment, when the 360 N7 is spotted in a screenshot, we can say for sure it will sport MediaTek’s latest creation.

Though the Helio P60 is a mid-range chip, for the first time it uses a multi-core AI processing unit. That’s why it’s compared to other flagship SoCs such as Qualcomm Snapdragon 845 and Samsung Exynos 9810. The P60 is based on a 12nm process technology and uses Cortex A73 × 4 + Cortex A53 × 4 design. The CPU frequency is up to 2.0GHz. It is coupled with a Mali-G72 MP3 GPU. Thanks to them the performance is increased by 70% in comparison to the previous generation Helio P23 and P30. Other than that, the 360 N7 is expected to come with a 6GB LPDDR4X memory. So it will be categorized as a mid-ranger, undoubtedly.