Last year, 360 Mobile was performing quite well. It released a few smartphones that not only came with useful and mainstream features but also were priced affordably. So they were able to make a tough competition for the top brands. But immediately after that, the company announced its plans on leaving the smartphone business and focusing on smart home appliances. In other words, this company began making IoT instead of ‘outdated’ smartphone products. Today, it released the 360 Sweeping Robot X90. The original price is 2,499 yuan ($353).

The 360 ​​Sweeping Robot X90 uses the LDS lidar navigation + SLAM algorithm to quickly construct a room map and intelligently plan the path. There are 24 types of sensors placed on the whole body. Among them, we can mention the newly added ultrasonic obstacle avoidance sensor. It has a stronger obstacle avoidance ability and cooperates with the laser to identify different obstacles in the home. 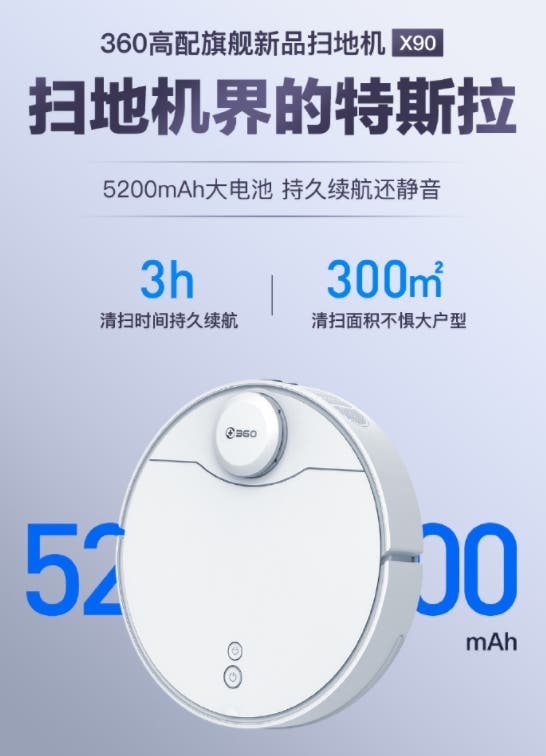 The newly upgraded map management 6.0 system supports 9 major cleaning methods. Apart from this, the product also supports palm virtual wall. You can set a mopping restricted area as well. Of course, it supports scheduled cleaning via the app.

Interestingly, the 360 ​​Sweeping Robot X90 has a multi-floor cleaning map. All floors are saved in the memory. Thus, the cleaner builds a map for each floor separately.

It has a 2cm right-angle step climbing ability + anti-drop sensor. Thus this vacuum cleaner can easily climb over the thresholds, slides, and carpets in the home.

As for endurance, there is a built-in 5200mAh battery, which can work continuously for 3 hours. This is sufficient to clean an area of 300 square meters. 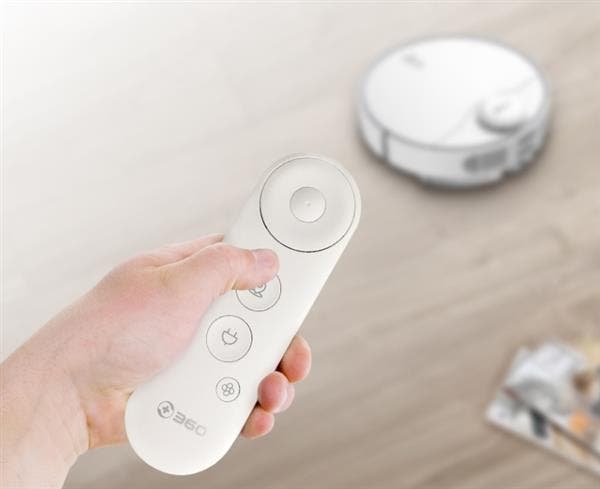 The 360 Sweeping Robot X90 also provides remote control. There are 8 function keys. They are consistent with the buttons on the robot itself. The top is the direction and start/pause button. The next two buttons are fixed point cleaning and the back button. The small button in the lower right corner is the suction gear adjustment button.

There are three sweeping modes of only sweeping, not dragging, and sweeping and dragging.