Xiaomi is a role model for many Chinese and non-Chinese manufacturers. In this sense, 360 Mobiles is the most ‘devoted fan’ of the Chinese tech giant. But what’s more dangerous, the products coming our way from this manufacturer are becoming the closest rivals to the Xiaomi devices. The latest addition to its product range is the 360 Secure Router 2 P4C (P4C is the model number). As you know, recently Xiaomi has announced its Mi Router 4 with enhanced features and a price tag of 199 yuan. The 360’s model comes with a few highlighted selling points and it’s priced quite affordable as well 2499 yuan. 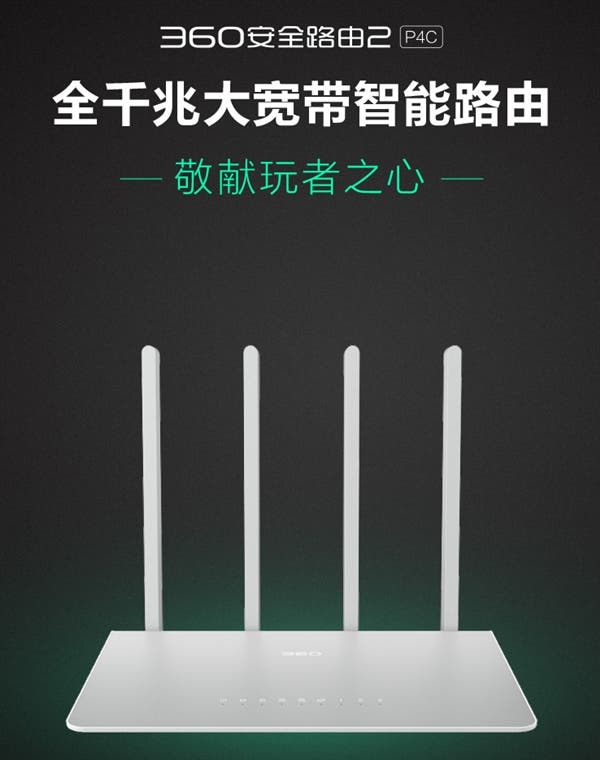 The 360 Secure Router 2 P4C uses a smart game recognition algorithm that can accurately identify game data packets, open up dedicated fast channels for it, achieve game priority and take into account other online functions, allowing you to bid farewell to mobile game delays.

Externally, it looks like other routers out there. The 360 Secure Router 2 P4C uses an anodized aluminum alloy material. There are also one Gigabit WAN port and three Gigabit LAN ports. All of them are wrapped with alloys to fully shield external interference. However, there is also a USB 2.0 port to connect external storage devices.

Under the hood, the 360 Secure Router 2 P4C uses a Ruiqi RTL8197FS processor. This model supports dual-band WiFi providing up to 1167Mbps speed.

As you see, the 360 Secure Router 2 P4C has all chances to compete with the Mi Router 4 and other products available on the market. Plus, it comes with a special algorithm that should be attractive to gamers. The product will go on sale tomorrow.