Last year, 360 Mobiles shipped over 5 million units. Though this is too far from the top brands’ results, it’s an astonishing result if taking into account the tough competition in the Chinese smartphone market. At the end of 2017, 360 Mobiles launched its regular flagship in face of the N6. It’s a full-screen smartphone sporting a Snapdragon 630 chip and 4/6GB LPDDR4X memory. Today, the company announced it is going to release the next-gen 360 N7 flagship on May 8. Moreover, the manufacturer has also sent out invitations for the conference. Ironically, it’s a pan. But the official poster of the upcoming conference answers to all the questions – it will come with an optimized (chicken) gaming performance. 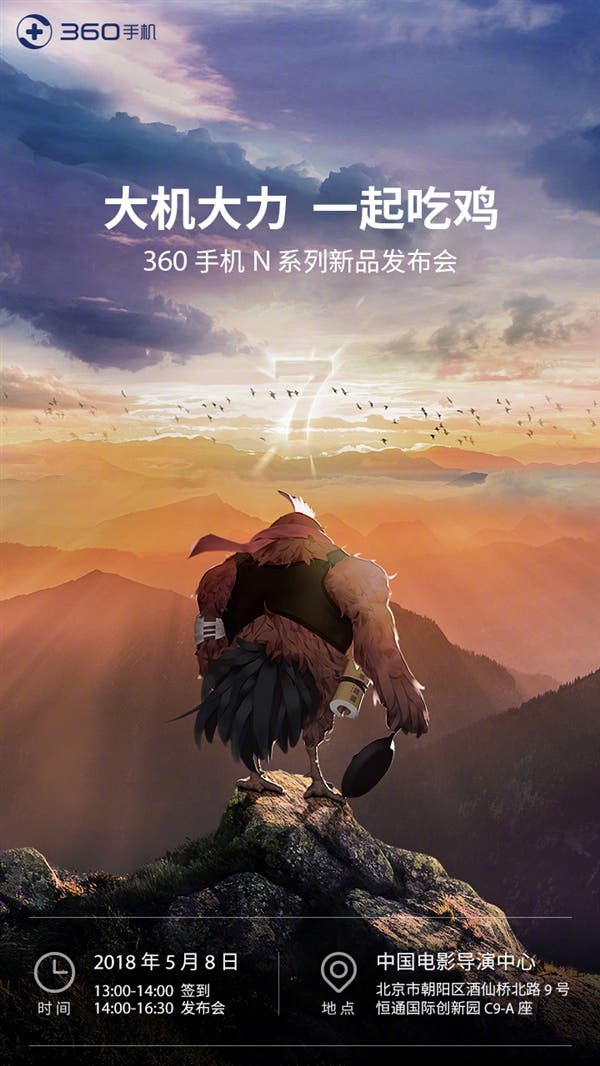 According to the previous leaks, the 360 N7 will be packed with a Snapdragon 636 chip. This SoC released in mid-October 2017 and it’s categorized as a mid-range processor. It is based on a 14nm FinFet process technology, but Qualcomm has ditched the A53 CPUs for a 1.8 GHz eight-core Kryo 260 CPUs which promises 40% increase in performance over the predecessor. It also integrates an Adreno 509 GPU, which offers 10% increase in performance compared to Adreno 508. The SND636 scores 110.000 at AnTuTu, which is a quite respectable result.

The current N6 smartphone is equipped with a whopping 5030mAh battery and 6GB of RAM. So there is every reason to think the 360 N7 will come with identical features. Even if it doesn’t sport a 5000mAh capacity battery, it will exceed 4000mAh for sure.

Next HTC U12 Specifications Leaked, Thanks to Verizon