All devices manufactured after 31st of March will have to mandatorily ship with Android Oreo, or else the devices will not receive certification from Google.This is because Android 7.1.1 Nougat has officially passed out of the certification process eligibility list for new phones. Any new phones manufactured after the 31st of March, if they are launched with Android 7.1.1 or earlier will not receive certification from Google. These devices will not ship with Google Apps onboard. Even though it is possible to side-load these apps, Google will not officially recognise these as Android devices.

This move by Google is to combat the fragmentation the platform is facing due to the variety of Android versions floating on the market. This will ensure that manufacturers do not ship devices with Android versions that are old and will be out-of-support in a few months or so. Furthermore, since Android Oreo requires Project Treble, it will automatically require manufacturers to implement the modular Android framework on their devices. 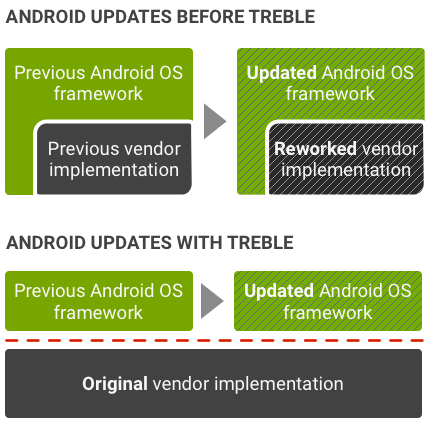 This is a good move from the consumers’ point of view since their devices will now be able to receive timely updates, which hardly is the case right now. It’s only the Android flagships that receive updates for more than two years, whereas every other smartphone running Android is subjected to not more than two years of updates. Worse is the case for the affordable category, which hardly receives any updates at all. Project Treble makes it easier for vendors to implement their updates by separating the vendor and the Android framework implementation. Up until Nougat, every Android update needed some amount of tweaking by the vendor. This led to delays in deployment of the update. Thanks to Treble, the vendor implementation and the Android framework will be on different layers allowing for abstraction between the two.