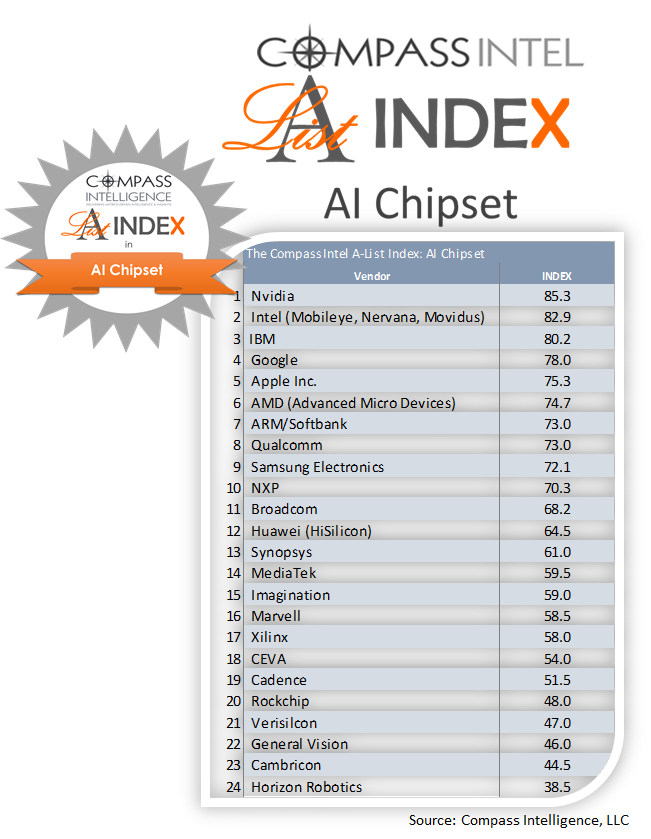 Chinese manufacturer, Huawei, managed to make the top twenty as it occupies 12th place with its HiSilicon processor doing quite well in AI tech. This report evaluated more than 100 companies in total and the final list includes 24 companies with the highest rankings. The results of the study show that over the past three years, major companies have acquired a total of more than US$60 billion in R&D and investment in AI by acquiring AI and AI startups. At present, there are about 1,700 AI startup companies, and the industry’s demand for AI chipsets is gradually expanding. Other popular names that made the list include Samsung, Broadcom, MediaTek, and Qualcomm.

Previous LG K30 launched with Snapdragon 425 SoC, Android 7.1 Nougat launched in the US

Next Meizu M810L schematics appear on FCC, might be an mblu device