We have been hearing many rumors about a new thousand-yuan machine coming our way from Xiaomi for a while. But when at the end of April, the Xiaomi Redmi S2 visited TENAA, everything became clear. The phone has been ready to launch, and its release date was getting closer. A couple of days ago, the manufacturer officially announced the S2 will debut on May 10 at the at the Suning headquarters in Nanjing on May 10. It will continue the best traditions of thousand-yuan smartphones with a stylish appearance, cost-effective pricing, and strong selfie camera. As for today, though there are still 3 days before the conference, the company once again officially confirmed the Redmi S2 is going to be the best Redmi-series handsets to the date. 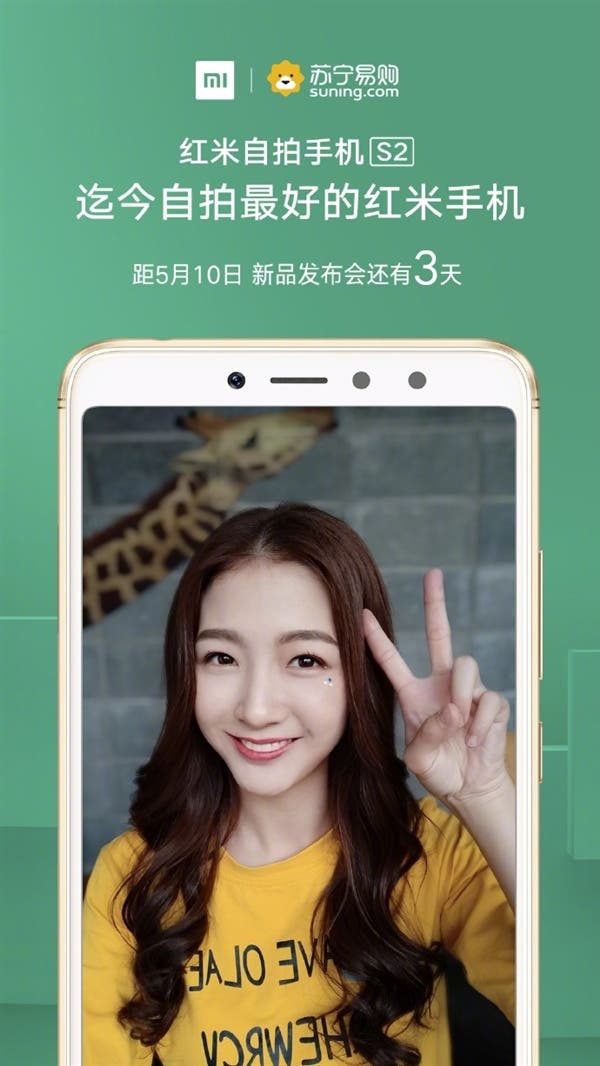 According to the previous news, the Xiaomi Redmi S2 will be equipped with a 12MP+5MP AI rear camera, while a 16MP camera is placed on the front. The latter supports AI portrait, AI beauty and face unlock. As you see, this is one of the early phones, in which the portrait mode is based on AI. The artificial intelligence calculation engine makes the edge recognition more accurate and the background is blurred way better. The main enhancement in the AI beauty option is the understanding of girls’ makeup and protecting the lip makeup and eye detail colors.

As for the hardware, the Xiaomi Redmi S2 is said to come with a Snapdragon 625 chip, which should be paired with three memory options of 2GB, 3GB, and 4GB RAM. The 5.99-inch full-screen will provide an HD+ resolution, and the battery will come with a capacity of 3080mAh.

So if the Xiaomi Redmi Note 5 and its siblings from the fifth-gen Redmi line have been considered as the cheapest full-screen smartphones, there is every reason to think the upcoming Xiaomi Redmi S2 will be the cheapest selfie-centric handset. Its price is assumed not to exceed thousand yuan.

Next HOMTOM Celebrates Its 5th Year Anniversary - Up to $50 Off