As promised, UMIDIGI has finally announced the final specs for the highly anticipated UMIDIGI Z2 & Z2 Pro flagship phones. The main selling points for the UMIDIGI Z2 Series are the gradient twilight back cover, the Mediatek Helio P60 CPU, four cameras consisting of 16MP+8MP combos on the back and front, along with the fastest 15W wireless charging. 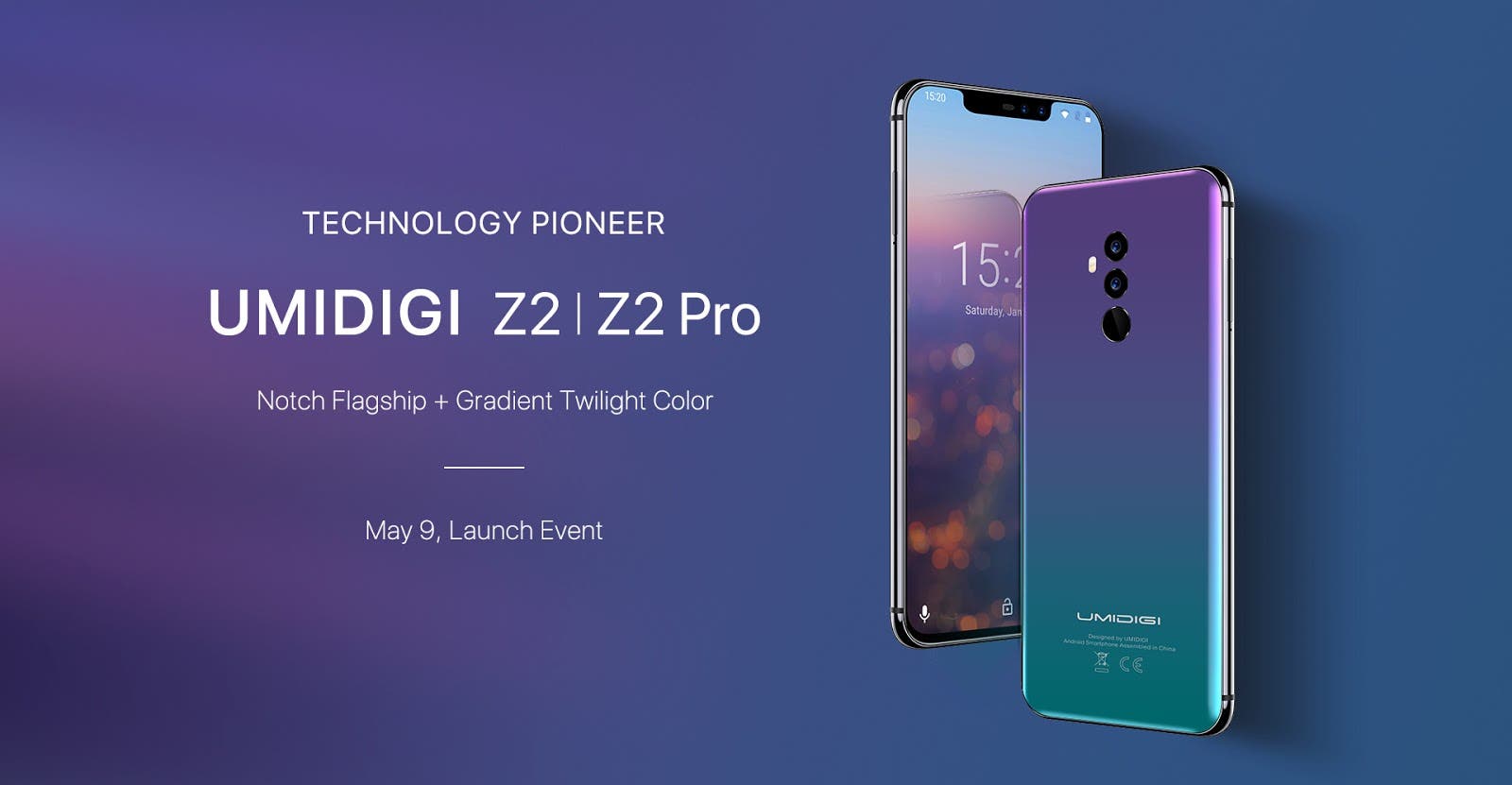 The UMIDIGI Z2 & Z2 Pro both sport 6.2-inch displays with a 19:9 aspect ratio and Full HD+ (1080 x 2246) resolution with a reported screen-to-body ratio of up to 90%. The smartphone also features 7000-series aluminum frame and four-sided glass body, which enables easy wireless charging. 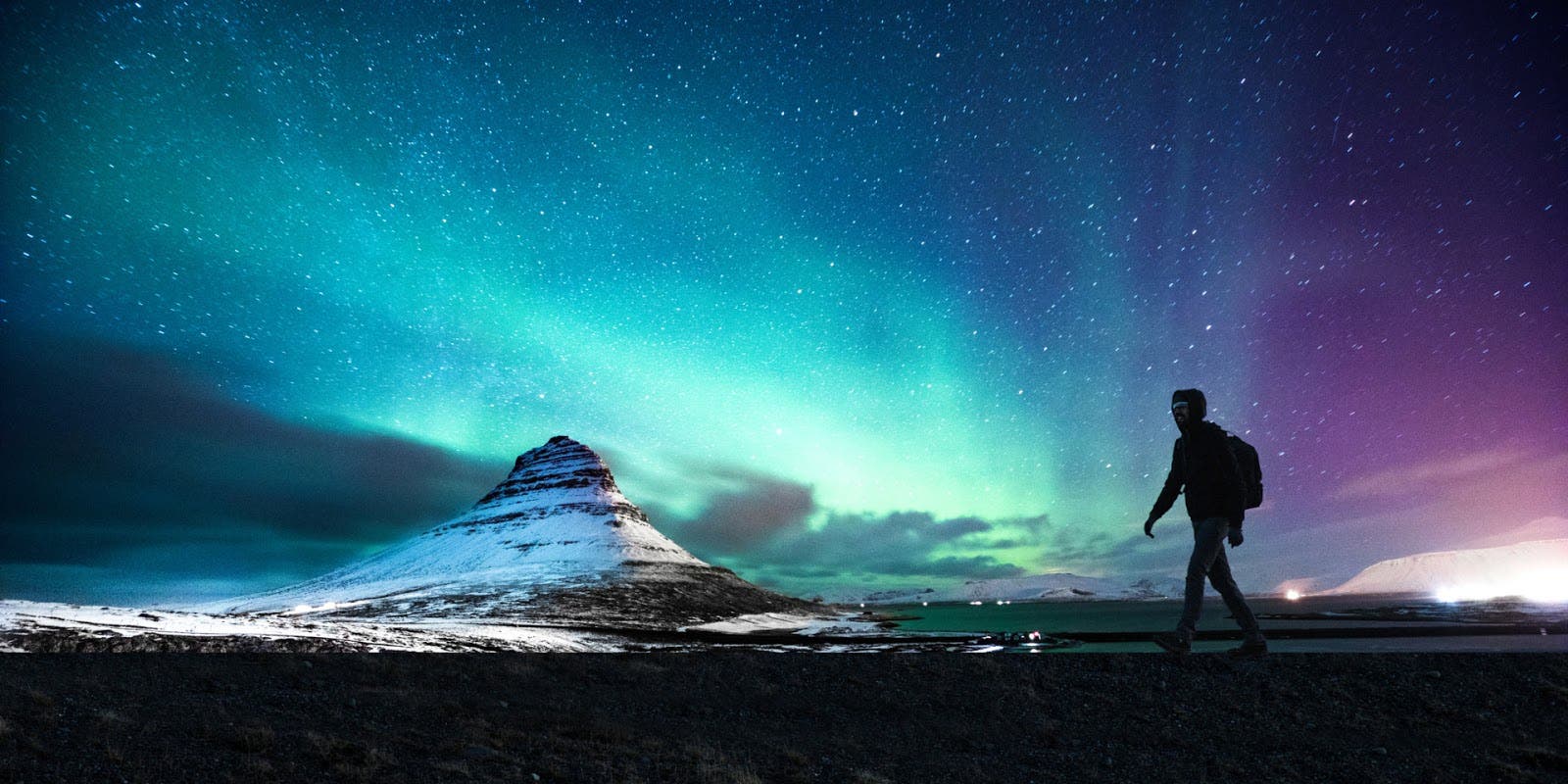 As most will notice, the Z2 series inspired by Huawei P20’s lineup, which isn’t necessarily a bad thing as Huawei phones do look stunning. The UMIDIGI Z2 series flagship comes in three colors: Black, Twilight and Phantom; with the twilight and phantom versions sport an innovative gradient color finish. Dimensions wise, the Z2 & Z2 Pro both measure 153.4 x 74.4 x 8.3 mm. 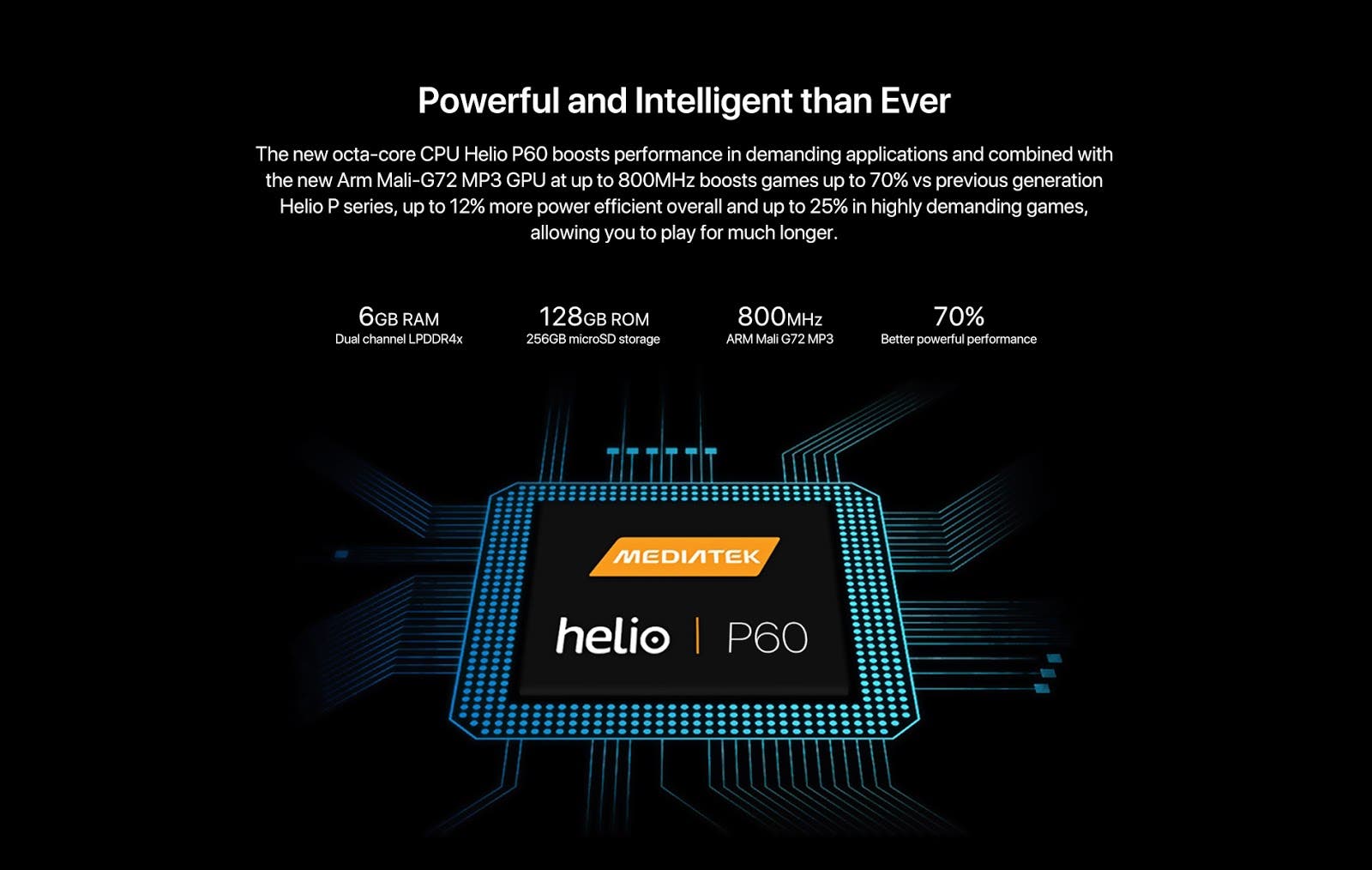 The UMIDIGI Z2 Pro is powered by a Mediatek Helio P60 chipset coupled with multi-core AI Processing Unit. What’s more interesting though, is the supports for dual fast charging, which means you can charge your device wirelessly at 15W – the fastest in the world. The wireless charging pad made available for UMIDIGI Z2 Pro could be used for charging other Qi compatible phones. The UMIDIGI Z2 series can be fully charged within 70 minutes via 18W fast cable charging while it’s around 100 minutes with the 15W fast wireless charging. 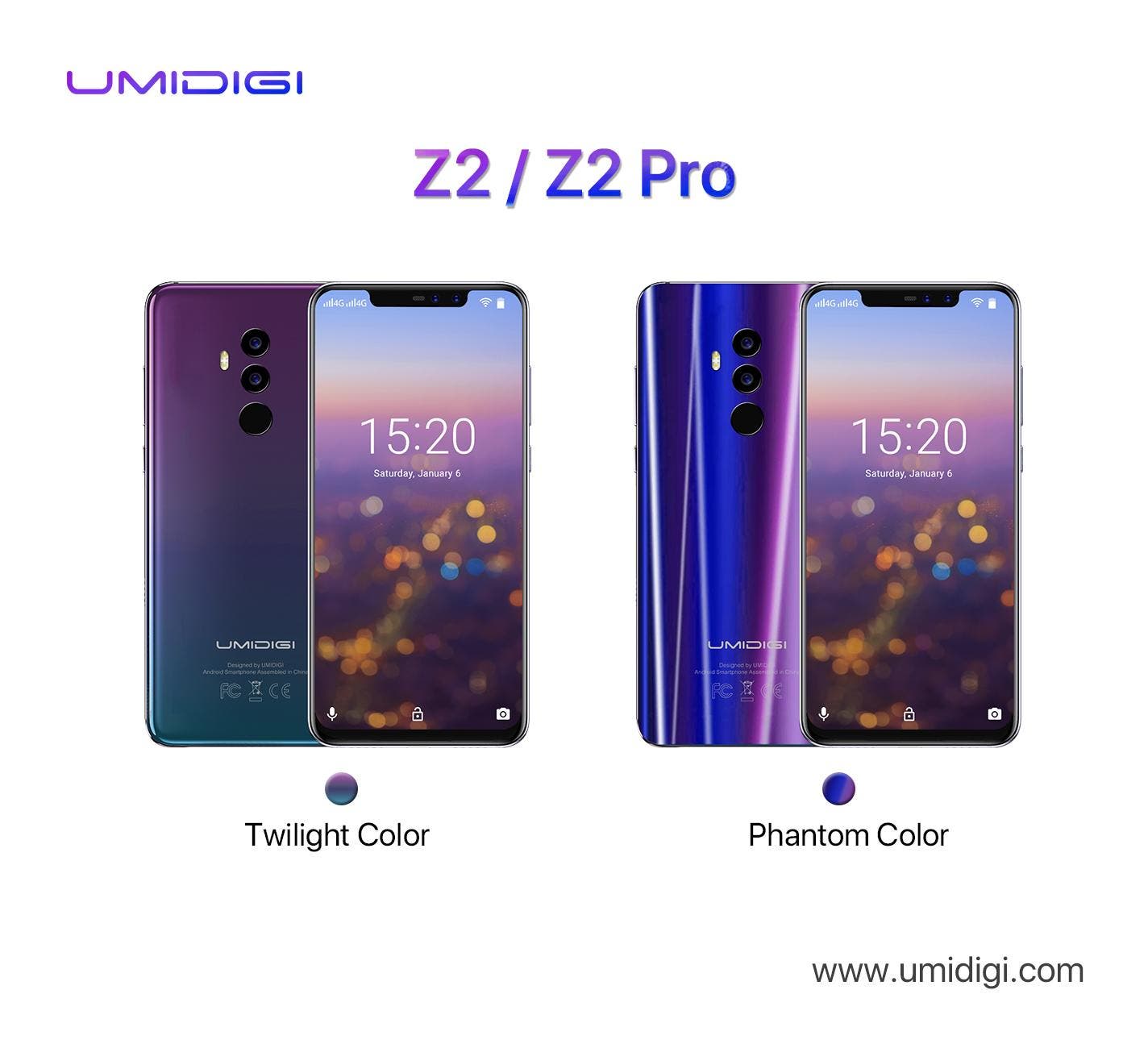 There are two variants for the UMIDIGI Z2 series:

All the variants of the UMIDIGI Z2 series feature a microSD card slot and run stock Android 8.1 Oreo out of box. 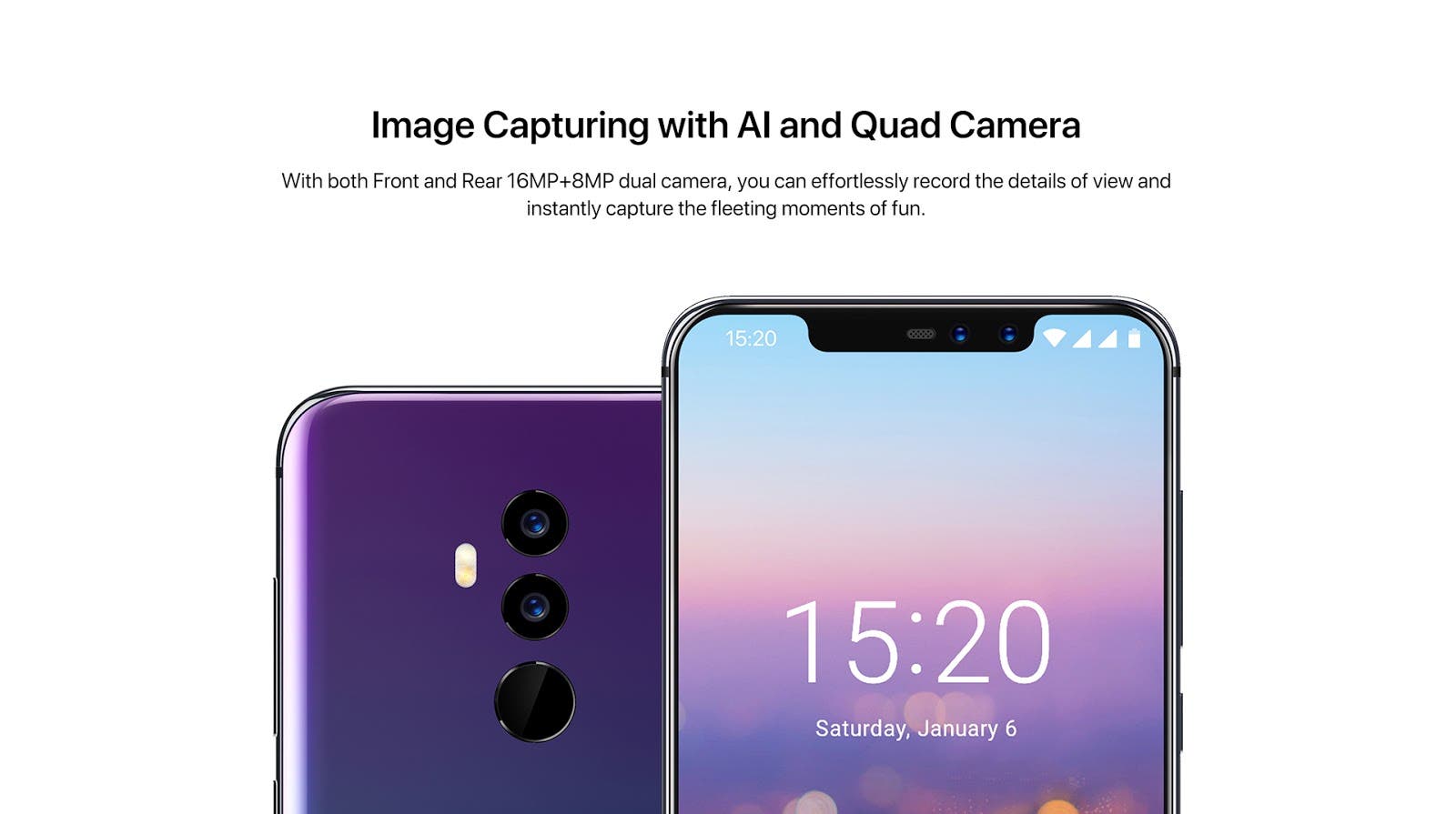 The UMIDIGI Z2 series is the first phone in the company’s portfolio to feature dual camera setups on both sides. The main rear camera features a 16MP f/2.0 aperture Samsung sensor, coupled with a secondary 8MP, which is specially designed for shooting in the dark in combination with the 16MP main camera to take clearer photos in low-light conditions. The dual rear cameras can capture impressive bokeh effect shots by effectively blurring the background and focusing more on the subject. With the help of AI, the UMIDIGI Z2 Pro can potentially shoot even better photos in low-light conditions while retaining lots of details.

The dual 16MP+8MP Sony selfie cameras are also capable at snapping pictures with bokeh effect thanks to AI. The UMIDIGI Z2 series includes support for face unlock through the front camera. 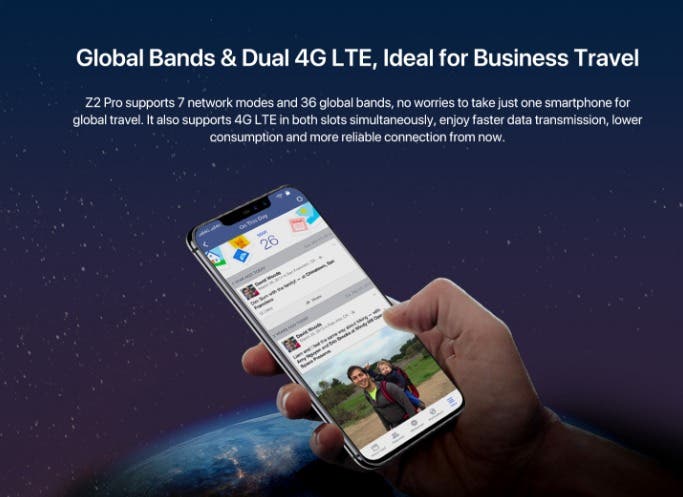 Learn more about the UMIDIGI Z2 & Z2 Pro on the company’s official website.