Xiaomi has begun making TVs since 2013. In these years, it has managed to become a top brand in the domestic market. Over 550.000 TVs shipped in March. This is a record for the company and this sales number took it to the second position in the Chinese TV market. Actually, there is no secret how an 8-year old company is beating all of its competitors one after another. Like the Xiaomi smartphones, the Mi TVs come with the best hardware and performance at relatively affordable price tags. Today the manufacturer announced a new product from this line dubbed as the Xiaomi Mi TV 4S 50-inch. It’s is priced at 2399 yuan ($379). 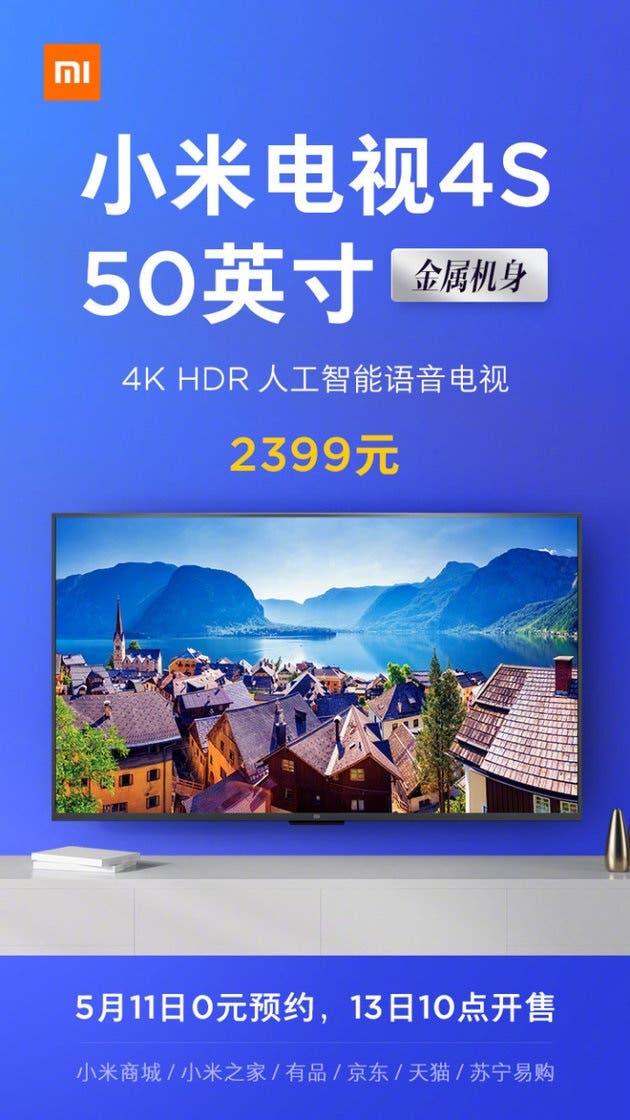 The Mi TV currently has four product lines including the original series, A, C, and S. Each of them comes with various diagonals such as 32, 40, 43, 50, 55, and 65 inches. The 32- and 55-inch variants of the Xiaomi Mi TV 4S have been announced previously. So the Xiaomi Mi TV 4S 50-inch is the next model from the line. It comes with a few selling points that include:

The Xiaomi Mi TV 4S 50-inch is packed with a quad-core A53 chip clocked at 1.5GHz. It is also paired with a Mali-450 GPU (750MHz). There are two 8W Dolby audio speakers and a Bluetooth audio remote controller

The Mi TV 4S 50-inch is already available for purchase.