When the Xiaomi Mi 6 was out, it considered to be the best Mi phone ever. But since that day everything has been changed in the smartphone market. Say, the full-screen has become a mainstream. The under-display fingerprint identification technology has become a reality. Dual-camera is a must. As you see, there are too many features a flagship should come with. The next-gen Mi flagship has been assumed to be called the Mi 7. But as it’s the 8th anniversary of Xiaomi, there is every reason to think it will be called the Xiaomi Mi 8. This morning, the company’s official Weibo account posted a message: ‘Scheduled. See in Shenzhen!’ Thus the phone is already ready for the launch and it will happen in the nearest future. If it is uncovered in May, most likely, the phone will ship in June. 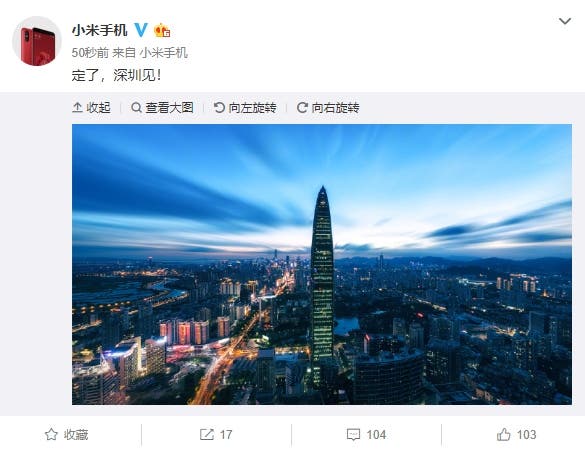 What’s interesting, the past six generations of the MI flagships have been released in Beijing. So it’s the first time when the launch event is moved to Shenzhen.

Previously, the Xiaomi Mi 8 has been leaked for many times. Especially, we have seen too many accessories that are thought to belong to the Xiaomi Mi 8. They showed the phone will come with a full-screen design, dual-camera on the back with a vertical arrangement, and no fingerprint opening on the back. The latter means the phone will be using an under-display fingerprint scanner like the VIVO X21 UD. Plus, it should support 3D face recognition.

We guess no one doubts the Xiaomi M8 will be packed with a Snapdragon 845 chip paired with an 8GB LPDDR4X RAM, and various options of UFS 2.1 flash storage.

Next Nokia X6 with Snapdragon 636 chipset spotted on Geekbench