With the news of three unannounced Nokia devices getting regulatory approval in Russia recently, it was only a matter of time before we get to hear of a launch event around that region, and here it is – the company is now issuing press invites for a launch event in Moscow, Russia.

The launch event as per the invites seen below is slated for 29th of May from 7 pm- 9 pm, Moscow time, and will be anchored by HMD’s CEO Florian Seiche in the company of HMD Global’s CMO Pekka Rantala and CPO Juho Sarvikas.

Exactly what product/s will be unveiled is one crucial thing that is missing out on the media invite, but with the recently approved Nokia phones in the country, HMD could be unveiling three fresh new Nokia phones rather introducing already launched devices to the country. 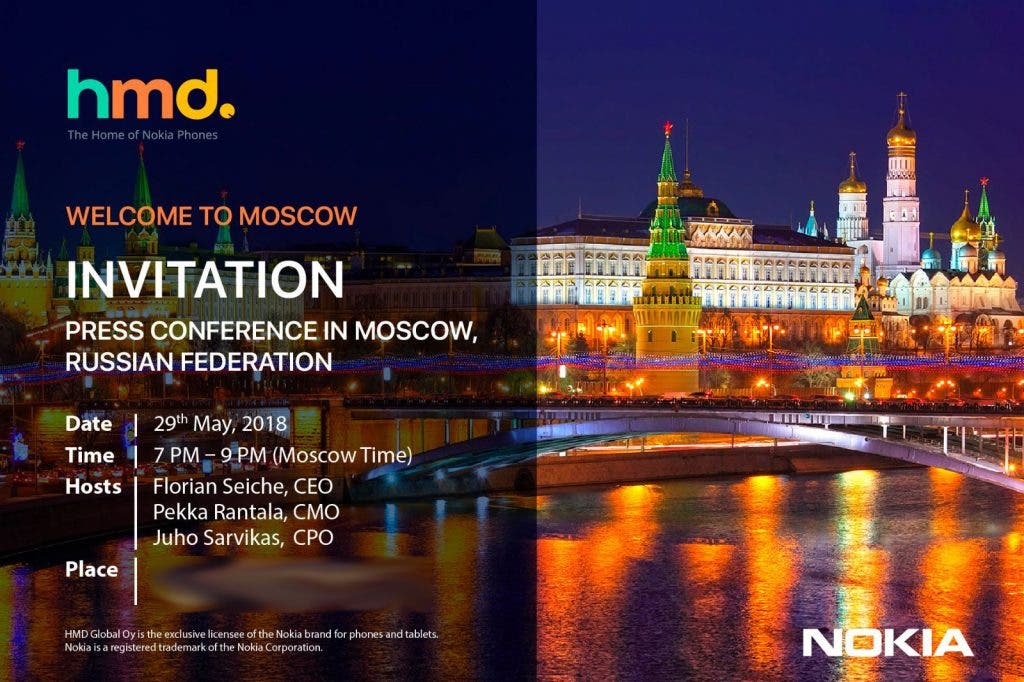 Anyway, these are mere speculations, we hope to update you with more details in the coming days.