It’s hard to imagine that Xiaomi’s already almost 8 years old. The company began its run as an underdog against companies like Meizu and Oppo. Now, their one of the top dogs in the smartphone market. It’s been a truly incredible sight to see how well they’ve done in such a short span of time. Now that their 8th anniversary is coming up, it seems the company has some interesting plans up their sleeves.

Rumours have been circulating around Weibo that Xiaomi’s got an anniversary phone in the works. Some claims say that the new device is merely the Mi7, which we know will be renamed as the Mi8. There are tons of pictures on Weibo that support this, including a poster with a huge 8 on it. There’s another that says 100 Mi Fans will win the phone for free as well. The box for it made an appearance as well, and that basically confirms it. 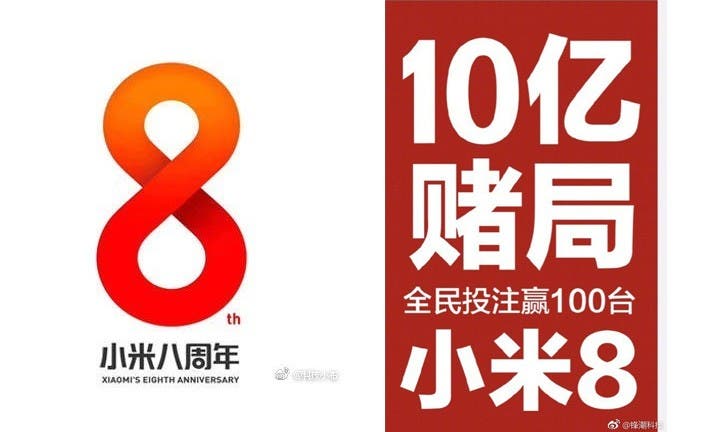 If these rumors turn out to be true, then we can expect Xiaomi’s anniversary Mi8 pretty soon. It’s not really much of secret, especially since we already know plenty about the device. Still, it’s an exciting time to be Xiaomi fan, and we look forward to whatever Xiaomi has for us. Hopefully, they don’t disappoint.

What are your thoughts though? Do you feel like the Mi8 will be a let down? Are you excited for the new Xiaomi flagship to launch? Perhaps you’re unhappy that Xiaomi’s probably adopting the notch for their latest device? Tell us all your thoughts and opinions down in the comments section below.

Next Huawei's P20 Lite lands in Malaysia as the Nova 3E