Without much fuss, Huawei at the early days of May silently released the Huawei Y3 (2018) Android Go smartphone on the Ghanian section of its website. Again, in a bid to cater for its huge number of customers not ready to pay more than a hundred dollar for a smartphone, the company again has today without much ado released the Huawei Y5 Prime 2018 on its official website.

Now, considering the market segment for which it is expected to fit into, the Huawei Y5 prime 2018 design isn’t too spectacular, it is devoid of all virtually all the bells and whistles of a trendy smartphone. For the record, the device lacks the fingerprint sensor, it instead features the facial recognition feature.  Upfront, the device appears to have the 2:1 display, but without the exact thin bezels found on a typical phone with a 2:1 display. Above the display is a single front-facing camera with LED flash, while a similar single rear camera with a LED flash in a horizontal alignment is found on the flip side.

Available in  Gold, Black, and Blue color options, the Huawei Y5 Prime 2018 comes with a decent 13-megapixel camera on the back, while a 5-megapixel selfie camera sits above the display. 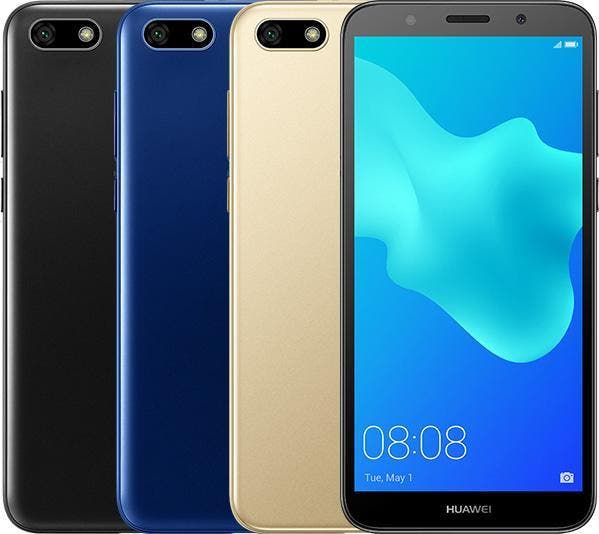 The Huawei Y5 Prime 2018 release date, as well as pricing, hasn’t been confirmed just yet.

Next Google's Standalone AR Headset Is On Its Way