Some days ago, two Blackberry devices surfaced on Geekbench and while one comes with model number BlackBerry BBE100-2  the other listed as just “BlackBerry”. 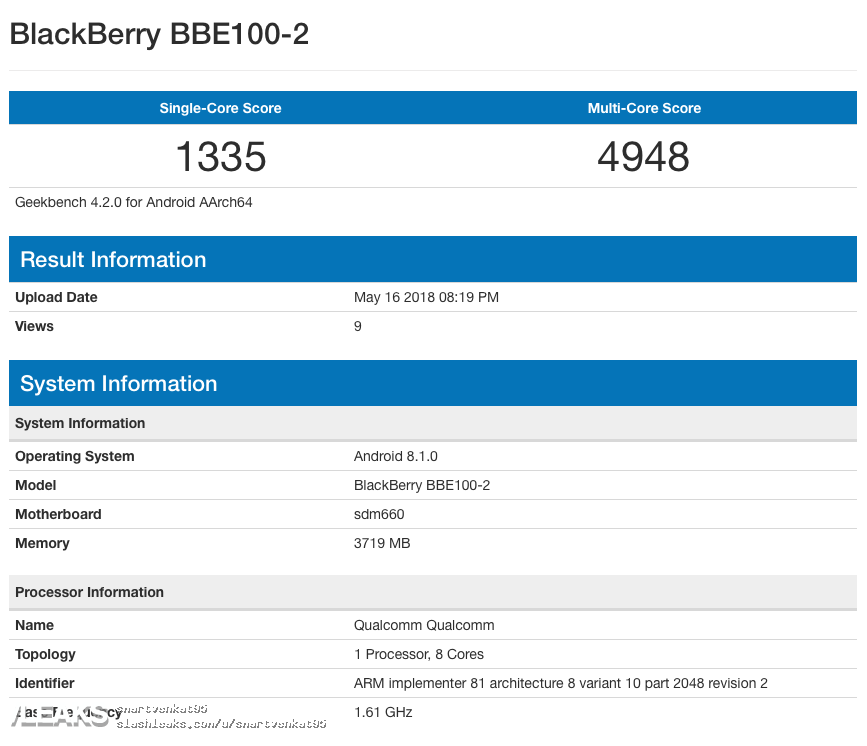 Looking at the Geekbench report, the BlackBerry BBE100-2 is powered by a Snapdragon 660 coupled with 4GB of RAM and its benchmark scores are 1335 and 4948 for single and multi-core tests respectively. On the other hand, the “Blackberry” device is powered by the same SD660 but this time it has 6GB of RAM. It was a shocker that its performance is lower than the former as it racked up 1291 and 4838 for the single and multi-core tests respectively. It wasn’t a surprise that both smartphones run on Android 8.1. 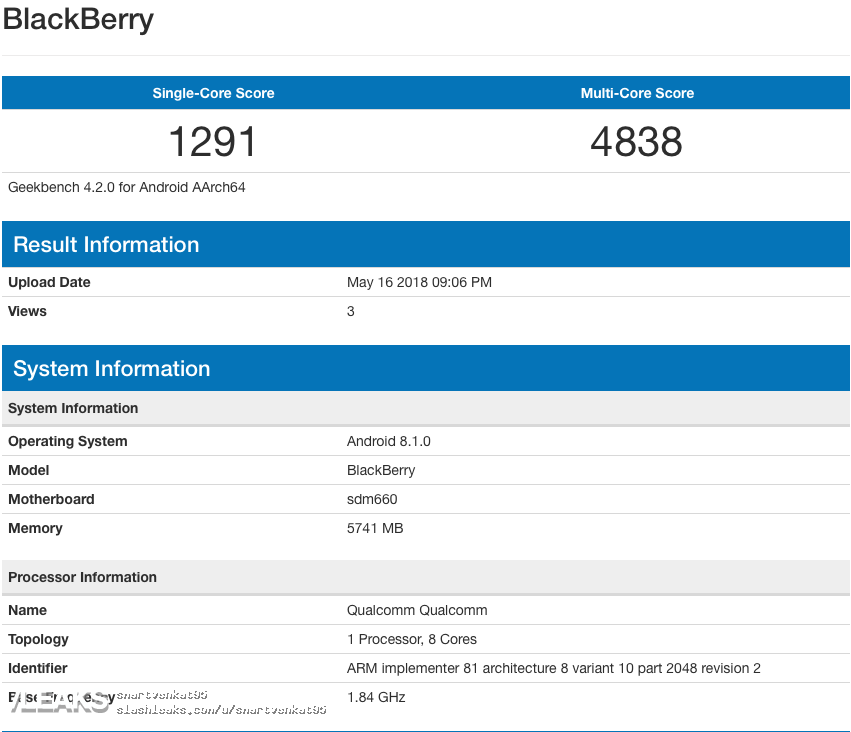 As of now, sources believe that these smartphones are variants of the upcoming BlackBerry KEY² because this smartphone is the only Blackberry device scheduled to come with SD660 at the moment. However, the BlackBerry KEY² is listed as BBF100-4 on TENAA, as BBF100-6 on WiFi Alliance and as BBF100-1, BBF100-2, and BBF100-6 for Bluetooth certification.