The tablet market is not attractive to many manufacturers anymore. There is a mainstream of full-screen smartphones and ultrabooks that have pulled out the tablets. But this doesn’t mean none of the tablets available on the market is useless. Say, recently, Sony announced a new digital tablet named the Sony DPT-CP1. In other words, it’s a digital paper with an E-Ink screen designed for those who want to pretend that they’re writing on actual paper while taking advantage of the convenience afforded by a digital tablet. Initially, this digital tablet was available for purchase exclusively in Japan. At this moment, our protagonist has already landed in the US at a price tag of $599. 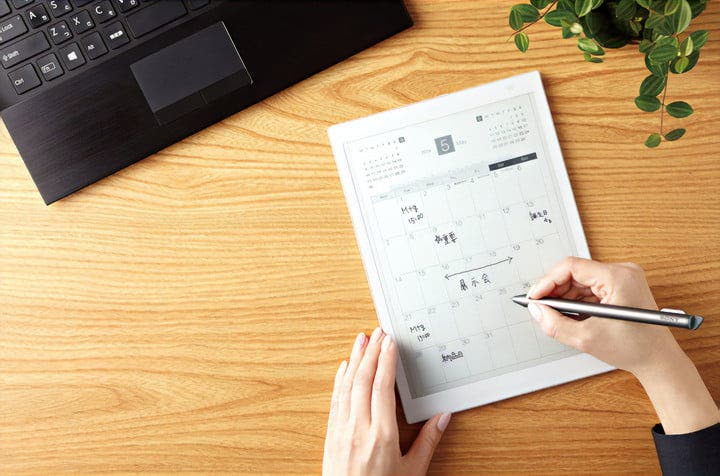 Actually, the Sony DPT-CP1 digital paper is the successor of the DPT-RP1 launched about a year ago. It came with a large E Ink slab that is the same size as a sheet of A4 paper. But agree not many people will carry a large tablet only for taking notes through a digital product. So the company has decided to come in with a smaller version of the mentioned model. The DPT-CP1 is effectively the exact same thing as its older sibling but in A5 paper size.

The Sony DPT-CP1 sports a 10.3-inch E-Ink screen with a resolution of 1,404 x 1,872 pixels and a pixel density of 224PPI. It can handle 16 levels of grey scale. There is also a 16GB of storage, which is sufficient to store as many PDF files as you wish. Of course, you can share them with iOS, Android, Windows, and Mac devices through a companion app.

It has a thickness of 5.9mm and weighs about 225g. Many think the thickness should affect the endurance. But do not forget we are dealing with an E-Ink tablet, which simply means its screen consumes too little power. As the manufacturer claims, the device is well-equipped to last a full month on just one battery charge.

As Bob Nell, director of Digital Paper for Sony Electronics said: “Our new 10-inch notebook-sized Digital Paper extends all the benefits of going paperless to a broader array of business professionals and students. Now, with a choice of two models, more people can experience what we refer to as ‘paper perfected,’ enjoying the easy readability of the glare-free screen and precision handwriting associated with the paper-like look and feel of Digital Paper.”