Recently, it became known the Asus ZenFone 5Z, HTC U12+, and other flagships packed with a Snapdragon 845 chip will be available in Taiwan in June. But there has been no information concerning the LG’s current flagship. Today, according to ePrice, the newly announced LG G7 ThinQ will go on sale in Hong Kong, China in mid-June. So there is every reason to think the Taiwanese launch won’t be delayed. The LG G7 ThinQ (6GB+64GB) and LG G7+ ThinQ (6GB+128GB) are priced at HK$5998 ($764) and HK$6,798 ($866), respectively. 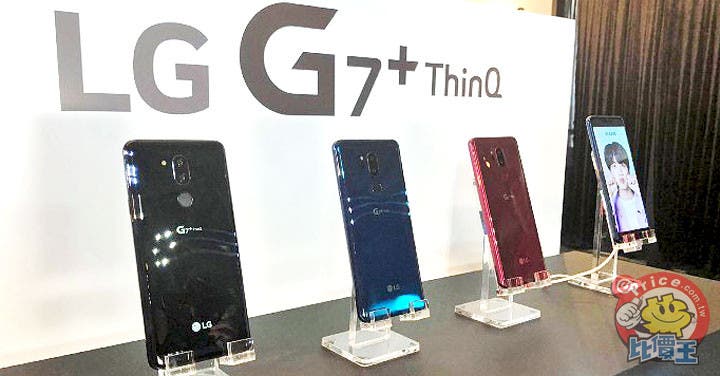 In terms of configuration, the LG G7 ThinQ is packed with a 6.1-inch FullVision notch screen with a resolution of 3120 × 1440 and an aspect ratio of 19.5:9. Under the hood, it carries a Qualcomm Snapdragon 845 processor, which is paired with an LPDDR4X memory + UFS flash storage, a battery capacity of 3000mAh, and runs on Android 8.0 system.

There is a 16MP dual-camera on the back using an aperture varying in a range of f/1.6 + f/1.9 and supporting optical image stabilization as well as AI scene recognition. This means it is capable of recognizing various scenes intelligently and automatically adjust camera parameters to achieve the best imaging output. At last, this handset comes with an 8MP front camera.

Next Meizu Opened The Appointment for Meizu M6T