We are waiting for the next Blue Charm series handset to release on May 29. The manufacturer has already sent out the invitations and it causes no doubts the Meizu M6T will make its way on this day. But there was nothing certain concerning its features, pricing, and other aspects. Today, the company opened the appointment for the upcoming device. Unfortunately, no price tag was disclosed again.

There is no official information, but we know much about the Meizu M6T. The phone has been leaked on a Ministry of Industry and Information Technology documents with a model number of M811Q. Honestly, we don’t know whether it’s our protagonist or not but there is every reason to think so. Plus, this device has appeared in the GeekBench database. Combining these two leaks, we can come in with a complete list. 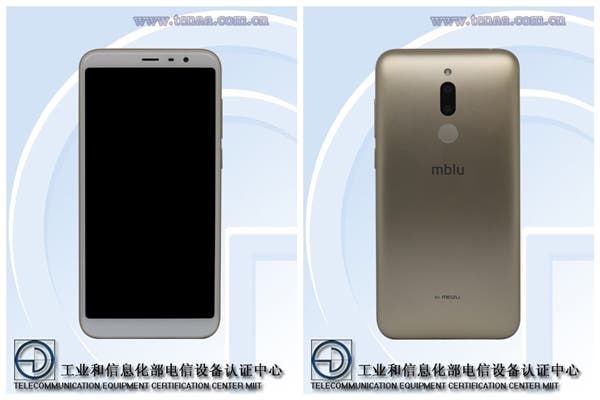 According to it, the Meizu M6T will be packed with a 5.7-inch screen with a resolution of 1440 x 720 pixels. Surprisingly, under the hood, it carries a Spreadtrum processor with a model number of SC9850. The CPCU frequency is 1.3GHz. However, TENAA’s document showed another clock speed of 1.5GHz. This simply means there is no certainty our protagonist will sport a Spreatrum SoC or not. Anyway, the Meizu M6T is said to come with various memory combinations including 2+16GB, 3+32GB, and 4+64GB versions.

On the back, the phone carries a 13+2MP dual-camera as well as a rear-mounted fingerprint scanner. Thus, this is the first Blue Charm smartphone with a fingerprint reader placed on the back. There are an 8MP front shooter and a 3230mAh battery.

Meizu E3 gets exposed by TENAA