Xiaomi has a launch event scheduled for May 31, 2018, where it is expected to unveil the 8th anniversary Mi 8. The Xiaomi Mi 8 has been subjects of leaks and renders, and while it is expected to highlight a 3D facial recognition as well as under display fingerprint scanner, the latest leaked images suggest otherwise.

Freshly leaked images of a blue edition of the Mi 8 currently making the rounds suggest the device will come with a rear-mounted fingerprint scanner, and not an in-screen fingerprint sensor like we are meant to believe.

We already know Xiaomi the Mi 8 will be powered by the Snapdragon 845 chipset coupled with 6 GB of RAM and 64 GB or 128 GB of internal storage. Separate reports have it the Xiaomi Mi 8 will come in two variants, and if our guess is right, the version with in-display might be the 8GB RAM variant.

The image, if real, will leave a number of the Mi community disappointed. The leaked image if real might also be a variant of the upcoming device, so there is the possibility that Xiaomi might launch a Xiaomi Mi 8 with a rear fingerprint sensor and another with the in-display fingerprint sensor. Whatever, we are just speculating and might only have to wait before thing becomes official. 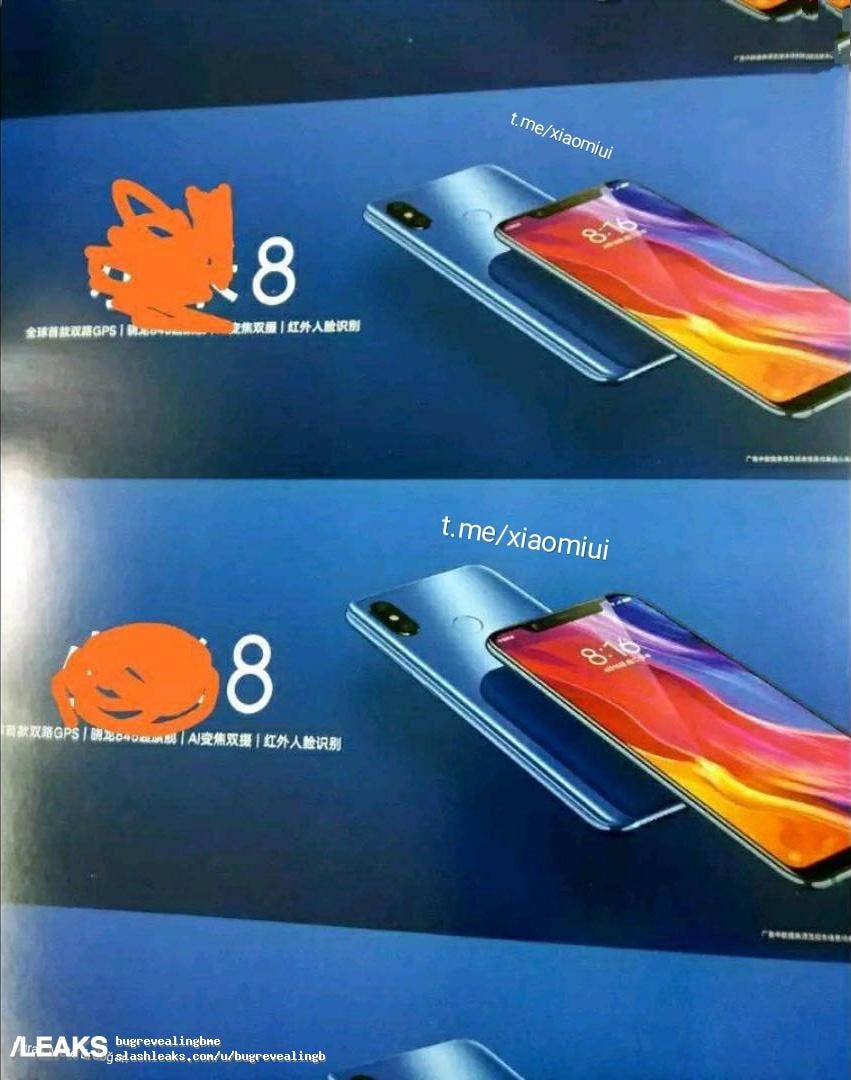