After launching the LG Q7, LG Q7α and LG Q7+ earlier this month, it appears LG mobile is once again gearing up to introduce one more member to the 2018 Q series lineup. Earlier this month, an LG phone made an appearance on the Geekbench benchmark database with a MediaTek MT6750 / MT6755octa-core processor under the hood. The device with the model LGE LM-Q710.FG has now been certified by NCC in Taiwan, an indication that it will be announced soon in that country.

According to the NCC listing, the LG phone with model number LGE LM-Q710 will be launched in the country as the LG Q7 Stylus+.  The listing didnt shed light on the LG Q7 stylus + in terms, but If the Geekbench listing of the device is to be trusted, the Q7 Stylus+ should come with the MT6750 aka MediaTek Helio P10 clocked at 1.51GHz supported by 4GB of RAM and Android 8.1.0. Being a stylus-supported device, the device is also expected to feature a larger display.

We currently do not know when the device will go official in the country, but we hope it will be announced soon alongside the LG Q7+ which has also received NCC approval. 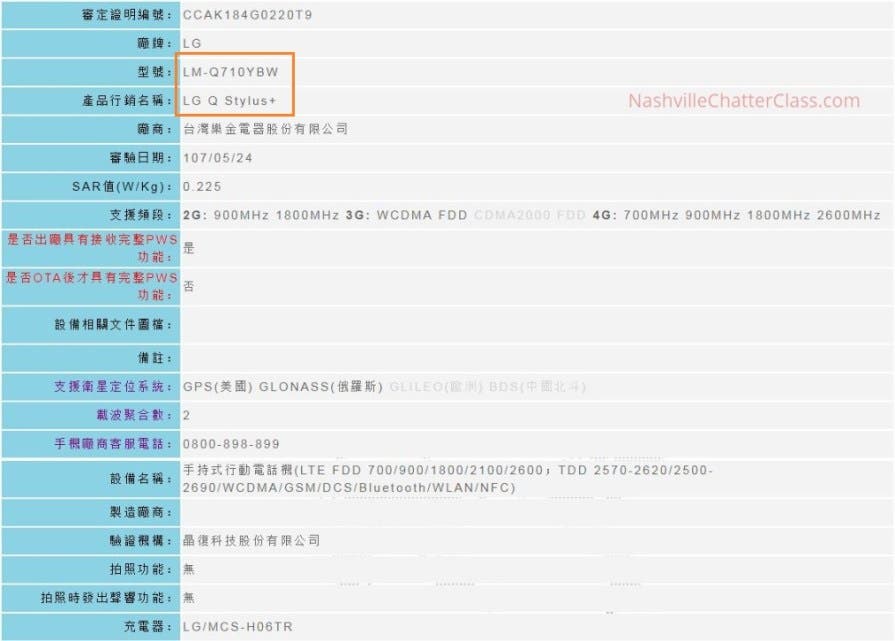