The LG Q7 has paid a visit to Geekbench, after almost a month and a half ago when the “Q7” moniker was trademarked by LG. The Q7 will be a direct successor to last year’s Q6 and Q8. Whether the monikers represent a hierarchy, is yet to be known. 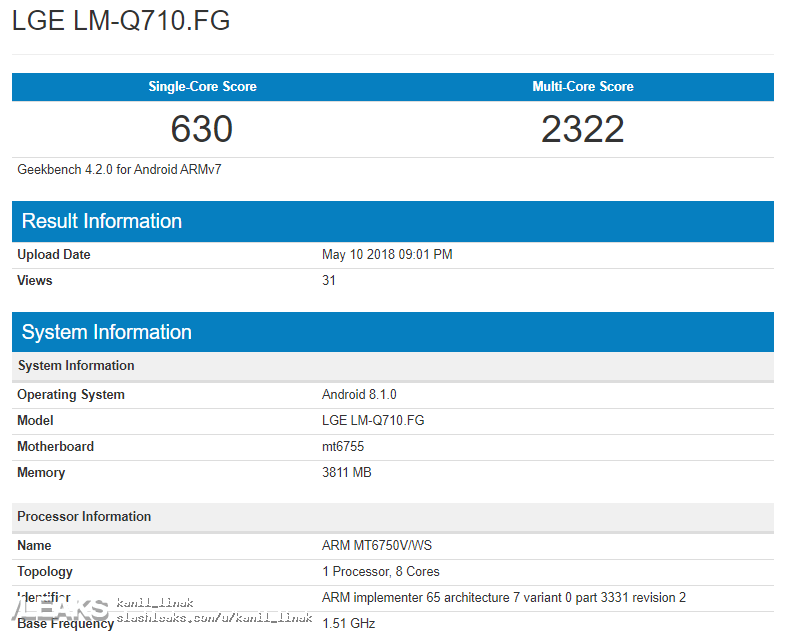 There are no reports that detail any facet of the design pertaining to the Q7. Being a successor to the Q6 and Q8, expect a bump in the design department, along with a few carryovers from the previous year. There is a high possibility that the Q7 will feature a full-screen display with a notch, thanks to LG adopting it in their latest flagship, the LG G7 ThinQ. Expect the pricing to be on similar lines as the Q series from 2017. LG trademarked the “Q7” moniker back in March hinting towards an imminent launch of the smartphone.

As far as the date of release is concerned, the last line of Q-series was revealed in July and ended up in stores the same August. LG may choose to stick to the same schedule this time too.

Next Vivo X21 UD Slated for May 29th Launch in India