Earlier today, Xiaomi officially announced that the Xiaomi Mi Band 3 will be unveiled on May 31st along with the Mi 8. At around the same time Xiaomi Technology’s CEO – Lei Jun – posted on Weibo a quite interesting question. 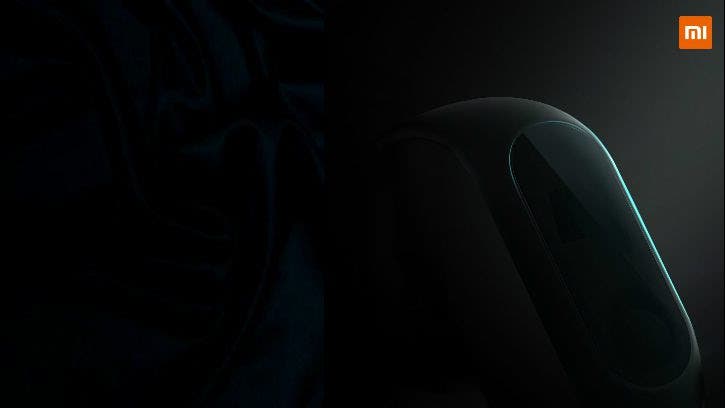 Lei Jun did indeed ask its followers what’s their most wanted feature on the upcoming Mi Band 3, with some hints at a new touch functionality as well as an OLED display to increase visibility out in the open and improve battery life.

As most fitness bands nowadays, the next gen Mi Band 3 is expected to strive when used for sports, sleep, heart rate monitoring and other health stats, and as an auxiliary device for mobile phones as it will also have notifications, alarm clock alerts and other functions. 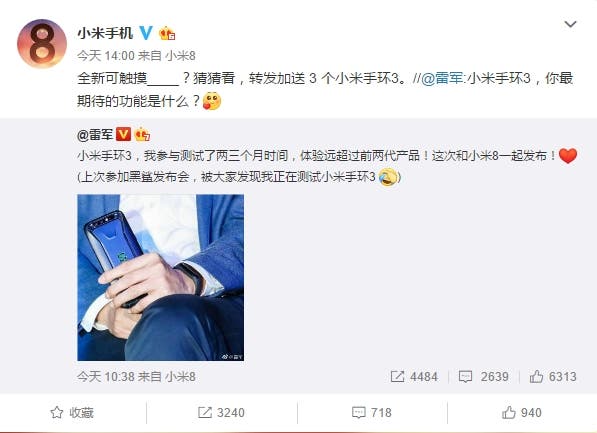 Lei Jun then admitted to have been using the Mi Band 3 for two to three months and that he had a much better experience compared to the previous two versions.

As far as pricing goes, our colleagues at GizChina.it reported that the Mi Band 3 might go on sale at 169 Yuan (around $26.40), which is quite credible as the older Mi Band 2 sold for 149 Yuan at launch. 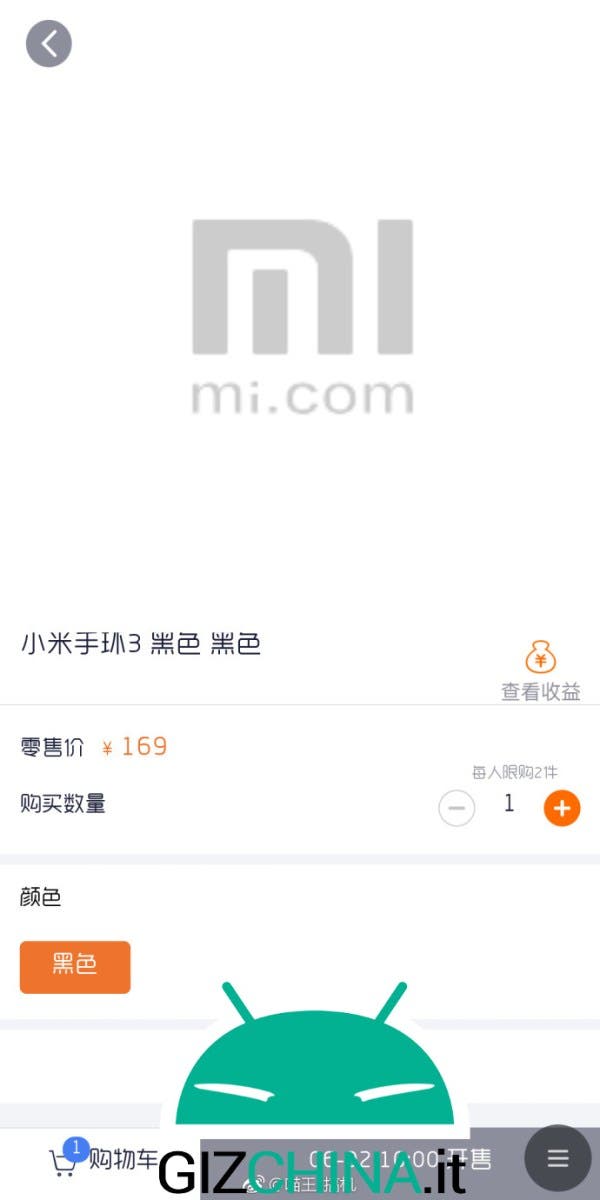