With only a few days before its product launch event in Brazil, the Moto Z3 play which is supposed to be one of the products expected to be unveiled in Brazil has just popped up in the performance testing site, which has revealed key features of the upcoming mid-ranger.

We already got an idea of Moto Z3 Play appearance and design considering all the previous leaks and renders that surfaced on the web, so the Geekbechh appearance focuses primarily on its performance and a bit of its internal makeup.

Previous reports including FCC listing of the Moto Z3 play suggest the device will be powered by the Qualcomm Snapdragon 636 processor (SDM636) coupled with 4GB RAM + 32GB ROM or 4GB RAM + 64GB ROM. Our bet is that the recently benchmarked Z3 play with the SD660 might be a variant meant for different markets.

Very recently, a couple of leaked images of the Moto Z3 Play reveals the device will have quite a bit of design change as compared to its predecessor. For starters, there’s a full-screen display that now sits up front, while the fingerprint sensor has been moved to the right side of the frame where the power button used to sit. The alleged power/extra key has been moved to the left side although its purpose is not yet known. 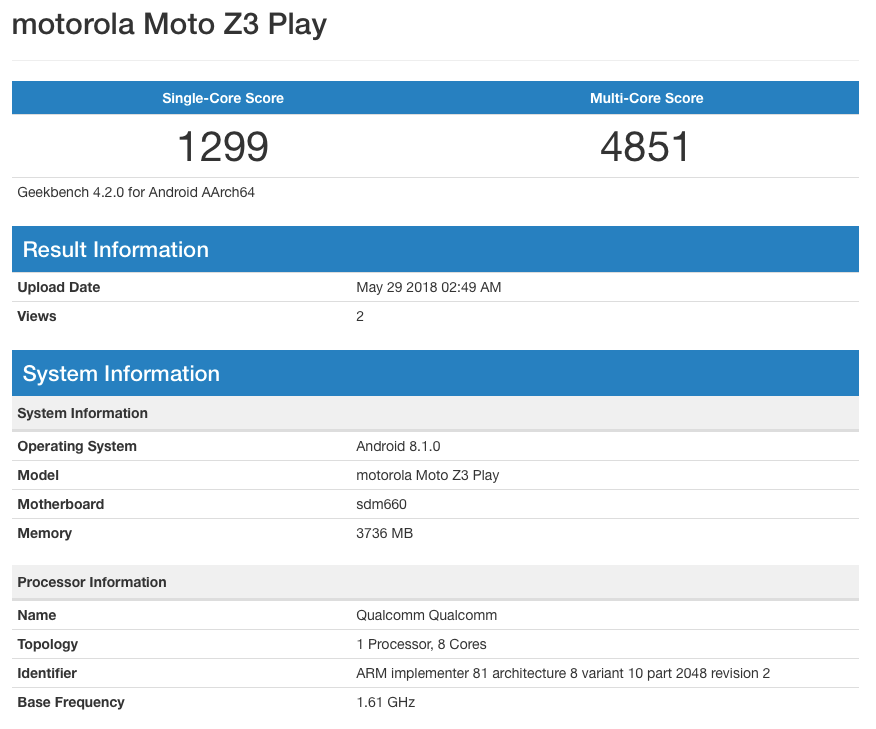 Previous Leak: Xiaomi Mi 8 SE is a special edition phone launching on May 31

Next VIVO NEX To Come In Two Versions: Both Are Too Expensive