HMD Global on Tuesday, May 29th at a dedicated event in Moscow upgraded its entry-level and mid-range offerings with the unveiling of a trio of Nokia phones namely: Nokia 2.1, Nokia 3.1, and Nokia 5.1. Two of the devices- Nokia 5.1 and Nokia 2.1 will hit the Global market later in July, while the Nokia 3.1 will hit the stores in June.

Now, ahead of the official unveiling of the trio of smartphones in India, the official pricing of two of the devices has been revealed on the Indian website. The pricing was first sighted by Gsmarena, but a check indicates it has been retracted.

We do not know exactly when the devices will start selling in India, but there are indications the company will beat the June and July global launch date.

To recap on the handsets, the Nokia 3.1 and 5.1 boot pure Android 8.0 oreo out of the box, while the entry-level Nokia 2.1, much like the Nokia 1 is based on the lightweight Oreo Go edition. For more detailed specs overview, head over to our launch coverage here. 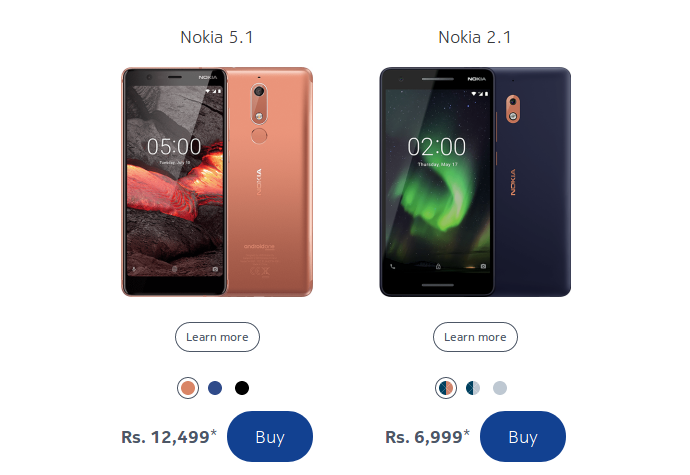