The TCL-owned Alcatel division of smartphones is about to sail on the waters of United States smartphone market with a new Android Go smartphone, called Alcatel 1X. The name of Alcatel isn’t very popular in Mr.Trump country, so with this new cheap smartphone, the company aims the super-entry consumers.

Although you can pre-order the smartphone via Amazon right now, it will be available only on the next Monday, June 4. As far as the price goes, consumers interested in this Android GO smartphone will be able to grab it for $99.99 via Amazon’s website.

The Alcatel 1X will be based on Android 8.1 Oreo with all the enhancements that Android GO brings for smartphones with very low specifications. In what comes to specifications the Alcatel 1X pack the 1.3GHz quad-core MediaTek’s MT6739 paired with 1GB of RAM and 16GB of Internal Storage. 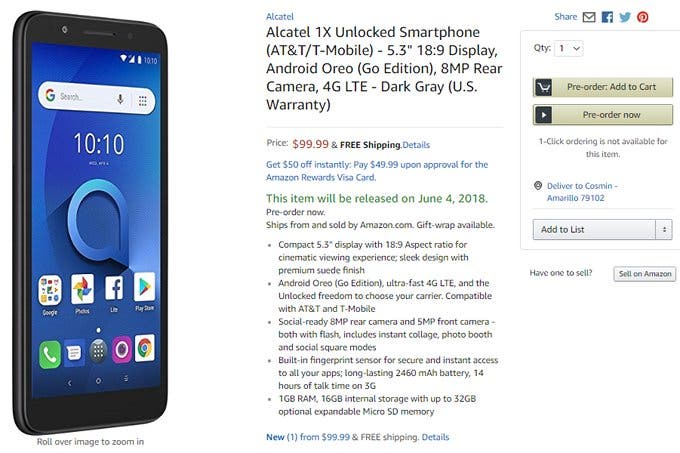 The amount of 1GB RAM is really underwhelming for this price tag, considering that fact that the smartphone packs 16GB of Storage, would be interesting if Alcatel had added at least 1,5GB RAM, even when 2GB is the bare minimum for a pleasant multi-tasking experience. We know, that those specifications are pretty accurate for an Android GO smartphone, but considering the ~$100 price tag, there are some better options in the market, well, at least in China.

Also, the smartphone sports a 5.3-inch display with an unusual and old resolution of 480×960 pixels, besides this really low resolution, this smartphone has an 18:9 aspect ratio, at this resolution that’s pure marketing, not else. On the camera department,  there is an 8MP shooter on the back and a 5MP snapper on the front. Lastly, but not least, the smartphone is fueled by a 2,460mAh battery. Considering the screen size, resolution, and Android GO optimization that juice-package should give an entire day of light-usage.

Read Also:  Demand for smartphones in the global market continues to decline 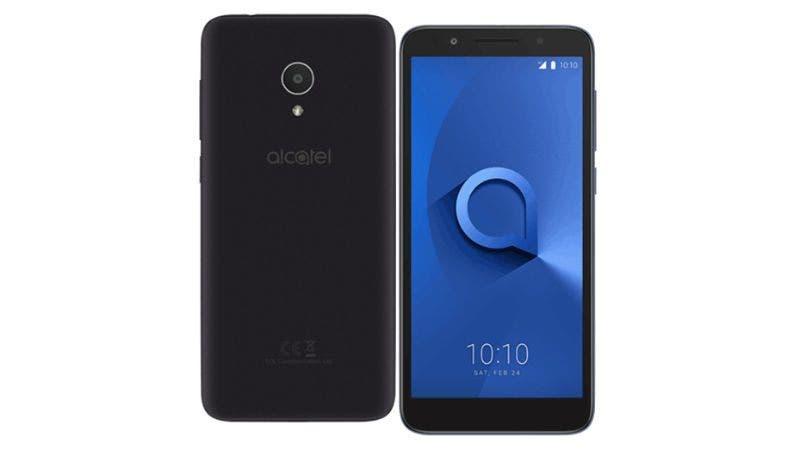 It worths mentioning that the Alcatel 1X will be sold unlocked, but it will only work on GSM carriers in the US such as AT&T and T-Mobile. That’s a little pointless considering that this SoC is Dual-LTE capable. We don’t think that a $100 smartphone with such limitation will succeed in a market of fast network speeds like the U.S.

Android GO is a pretty good idea, but in my humble opinion, smartphones with the Android GO tag and its low-entry specifications should be launched in emerging markets, like Brazil, India or in Africa, not in more advanced and competitive markets that have a lot of better options like the U.S or Europe.