It’s not every day that we write about Samsung releasing Android-version updates for smartphones out of the flagship-spectrum. Anyway, seems that the Galaxy J5 released on the last year will be next smartphone that will receive the Google’s Oreo cookie. Apparently, based on recent leaks, the smartphone will skip the problematic 8.0 update in favor of the more stable Android 8.1 release.

Samsung usually doesn’t give any info about its update plans for smartphones that aren’t flagships, usually, we get that information through leaks or external channels, this time wasn’t different. GFXBench is one of these channels that usually delivers pretty reliable information about future smartphones or software updates. 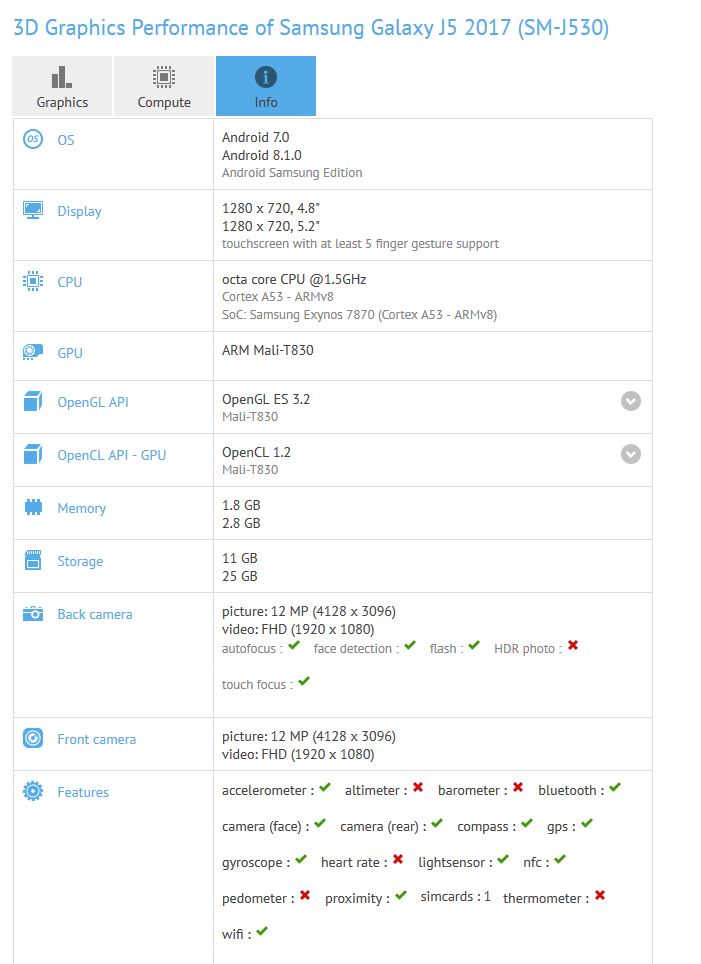 The Galaxy J5 (2017) was recently spotted in the realms of GFXBench running Android 8.1.0 Oreo. Despite the fact that the Galaxy S8, the 2017 flagship, was updated “only” to Android 8.0 Oreo, seems that Samsung will deliver a much newer update to its entry-level device.

Sadly, this may be the last update for the J5 (2017), we are pretty close to the Android P global release, and the last-year smartphones shouldn’t be contemplated with the newest flavor of Android. The only hope for Galaxy J5 (2017) users will be the inclusion of Project Treble in this update, but since it isn’t mandatory in Oreo updates, Samsung will be most likely skipping Treble.