According to Taiwan media reports, the first terminal equipped with a Snapdragon 850 mobile platform is ready. As you guess, it will be a notebook named the Chimera 2. The latter is manufactured by HP and Quanta. It is also reported that Lenovo, Dell, and other brands will follow up. 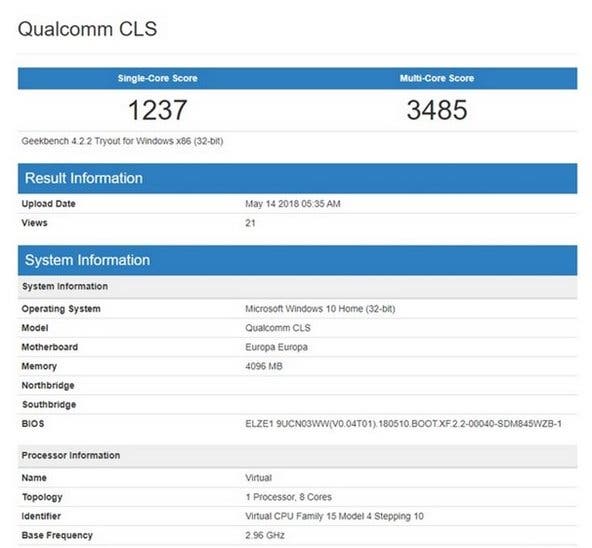 We have already talked about the issues related to the first ARM notebooks launched last year. There were three models, including the HP Envy x2, the Lenovo Miix 630, and the Asus NovaGo. They all were packed with a Snapdragon 835 chip, positioning the ACPC (all-internet PC). However, because of the limited performance of the previous-gen Snapdragon SoC and the efficiency of the Microsoft simulator, ACPC’s performance when running the Win32 .exe program did not meet people’s expectations. And it was even more difficult to compete with the Intel x86 platform.

The new products are going to fix these problems. It will be done via the Snapdragon 850 chip, which is considered to be the enhanced variant of the current flagship model, the Snapdragon 845. The main improvement refers to the clock speed. The leaked GeekBench screenshots showed 1237 and 3485 points in the single-core and multi-core tests, respectively. Moreover, the SND850 clocks at the frequency of 3GHz.

Next Vivo Z1 goes on sale for an effective price of 1,598 Yuan