In commemoration of its 8th anniversary, Chinese manufacturer, Xiaomi, launched three new smartphones including Xiaomi Mi 8, Xiaomi Mi 8 Explorer Edition and Xiaomi Mi 8 SE. Each of these devices comes with its own peculiar features and their prices are quite competitive in today’s market. Earlier today, sales of the three variants of Xiaomi Mi 8 commenced on Xiaomi Mall and Jingdong at 10:00 am Chinese time. The 6GB+64GB version sold for 2699 Yuan ($422), 6GB+128GB variant went for 2999 Yuan ($469), while the 6GB+256GB version costs 3299 Yuan ($516). 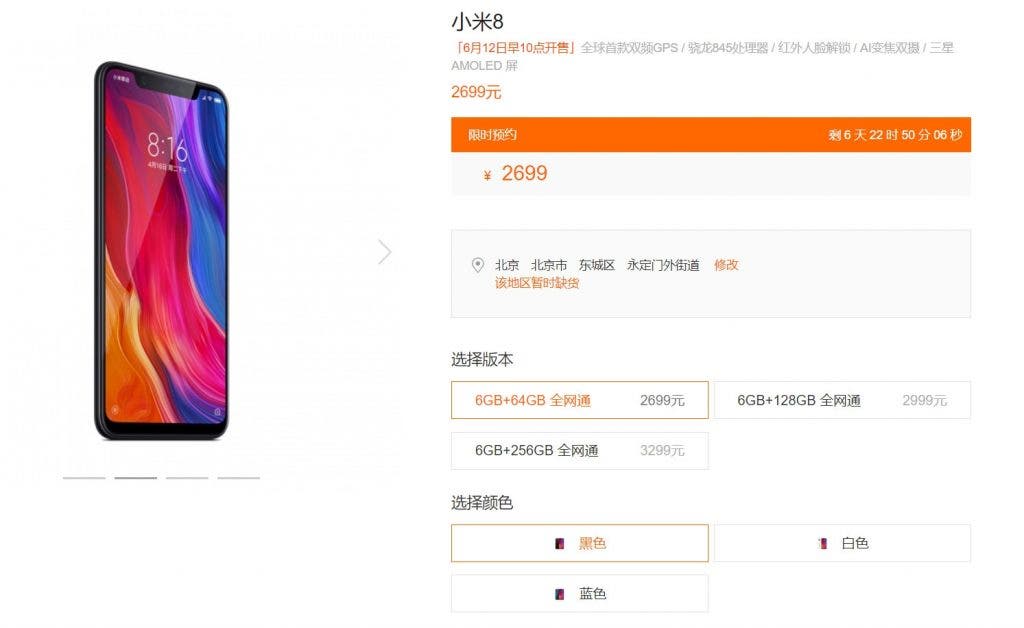 Unsurprisingly, shortly after 10 o’clock, Xiaomi’s official website announced that all three versions were completely out of stock. It is reported that the second round of sale is at 10:00 am on June 12, which is next Tuesday. Although Xiaomi did not announce the actual sale timing, a Xiaomi employee said that it sold out in about one minute and 37 seconds. 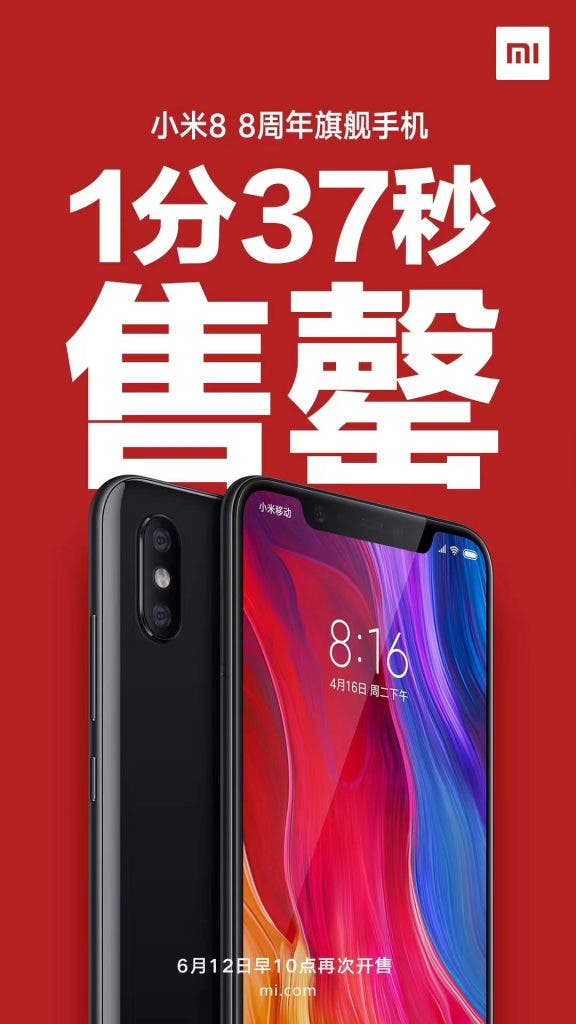 According to Lei Jun’s previous statement, Xiaomi’s first batch of the Mi 8 stocks reached hundreds of thousands of units, which is the largest which is the largest ever for a Xiaomi flagship device. Xiaomi Mi 8 main selling points revolve around the inclusion of a dual-frequency GPS with accurate precision positioning, Snapdragon 845 SoC, DxOMark camera rating of 105, multi-functional NFC (support 167 city bus card), fullscreen 5.0, dual 4G dual VoLTE, AI voice assistant and so on.