Every month, AnTuTu releases the top 10 list of the best smartphones in terms of performance. And we have to state every month the list looks different. It’s related to the fact the smartphone market is overpeopled. So the smartphone vendors launch new devices daily. Last month, when the mentioned benchmark site released the list for April, we saw the Xiaomi Black Shark gaming phone was on the top. Since that time, many new flagships have been launched. So the look of the list has been changed as well. Now it’s led by the OnePlus 6. But be sure it will look differently for June, because the Xiaomi Mi 8 was announced on May 31 and it didn’t manage to appear on the list. It will have another arrangement for July because the ASUS ROG Gaming Smartphone was uncovered just yesterday. So everything will change in length of time. As for now, let’s write down results for May. 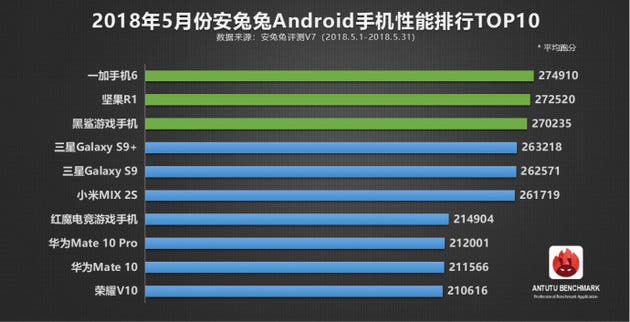 As we said above, the AnTuTu Top Smartphones list for May is led by the OnePlus 6. It scores 274.910 points. It’s been assumed the Black Shark will be pushed to the second position. But we see the Smartisan Nut R1 landed there with a result of 272.520 points. So the Black Shark is the third only. 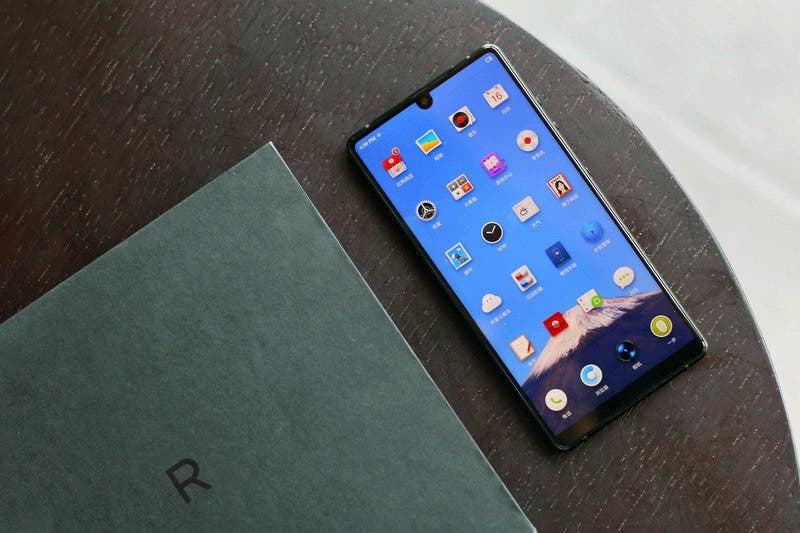 Beasts like the Samsung Galaxy S9+ and its regular version of the S9 are the fourth and fifth, respectively. Finally, the Xiaomi Mi MIX 2S is on the sixth position. So as you can see, the first six places are occupied by smartphones powered by the Snapdragon 845 flagship chip. It turns out, if you want to acquire the most powerful smartphone, it should be packed with an SND845.

Not surprisingly, another gaming phone in face of the Nubia Red Magic is on the seventh position. But the gap between it and the above models is obvious. If the SND845-powered smartphones score over 260.000, the SND835-powered Nubia handset scores 214.904 points only.

At last, the rest of models included in the list belong to Huawei. The Mate 10 Pro, its regular variant, and the Honor V10 score around 210.000. They all are equipped with a Kirin 970 chip.