Sharp was the first introducing a full-screen smartphone. But it didn’t take a chance. Instead of it, Xiaomi designed the Mi MIX and initiated a new mainstream of full-screen devices. As for now, Sharp is making up for lost time. Back in April, the manufacturer announced the Sharp AQUOS S3. It’s a mid-range handset with a notch screen and many trendy features. But the manufacturer has decided to enhance it. The improved version of the S3 will debut on June 7 in Taiwan. Sharp has already sent out invitations for the event. 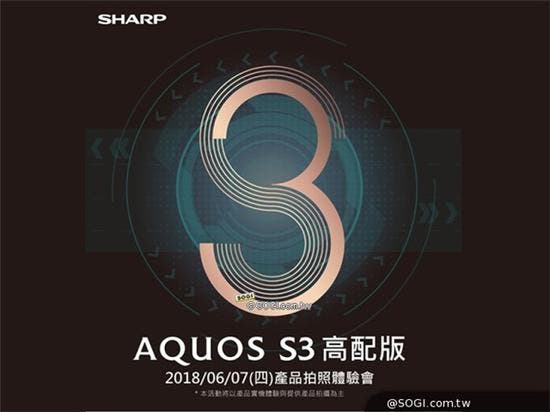 The regular version of the Sharp AQUOS S3 is equipped with a Snapdragon 630 chip. It can be found on tons of handsets that belong to the regular mid-range category. But if Sharp wants to make some competition to the top brands, it should offer something worthy. Keeping this purpose in mind, the manufacturer has made some changes in the current model. The new version of the S3 will be packed with a Snapdragon 660, which is considered to be one of the best offers in the super mid-range market. More specifically, before the launch of the Snapdragon 710, it was the most powerful chip in the mentioned niche.

Apart from this improvement, the new Sharp AQUOS S3 will support Qi wireless charging and the built-in storage capacity will increase to 128GB.

Next Lenovo launches the overly-hyped Lenovo Z5 with a notch priced 1,299 Yuan