Korean smartphone maker Samsung today without much fanfare introduced a new Galaxy A series smartphone to the Philippines. Dubbed the Galaxy A8 star, the new A-series smartphone is a rebadged Galaxy A9 Star that was announced earlier in China a few days ago and is said to hit the shelves from June 14 at the same price tag with the Galaxy A9 star.

Recall, the Galaxy A9 Star was announced in China days ago and will go on sale from June 15 at   CNY 2,999. Samsung will reportedly expand the device’s availability to more countries including South Korea and Southeast Asia in the coming weeks, as identified with the LTE bands it will be carrying for the specific regions.

Much like the Galaxy Note 8, the Samsung Galaxy A8 Star has edgy and boxy sides with a rear fingerprint sensor with the iPhone X styled dual-camera setup  – a first for any Galaxy Smartphones. Measuring 162.4 x 77.0 x 7.6 mm, the Galaxy A8 Star flaunts a 6.3-inch Infinity display with no notch and 2160 x 1080 pixel resolution. Under its hood is the Snapdragon 660 chipset coupled with 4GB of RAM, 64GB of storage which you can expand up to 400GB using microSD card slot.

Coming to the camera department, the Samsung Galaxy A8 Star features a 16MP f/1.7 + 24MP f/1.7 rear sensors with LED flash, while a single 24MP f/2.0 front camera is provided for selfies. 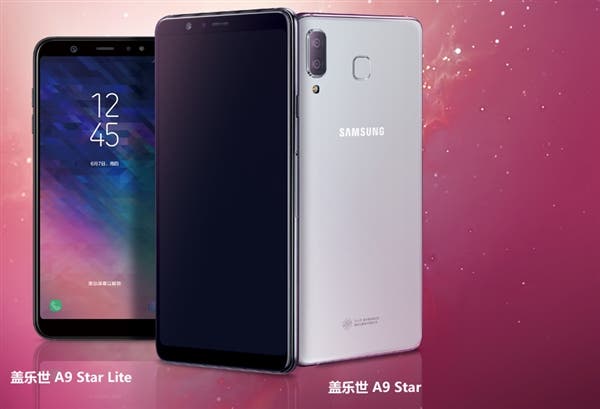 Next Snapdragon 710 competitor from Huawei, Kirin 710, said to be in the works