We have heard the next game smartphone will be uncovered by Asustek at COMPUTEX 2018. On June 4, it happened, as planned. The ASUS ROG game smartphone was officially announced with impressive features. Before that, there had been a few smartphones with game purposes, including the Xiaomi Black Shark and Nubia Red Magic. But if the former one is packed with a Snapdragon 845 chip, the latter comes with a Snapdragon 835 that yields it successor a lot. In this sense, the ASUS phone is thought to be the most powerful in the niche. It is equipped with the same Snapdragon 845, but this time, the clock speed reaches 2.96GHz, increased by nearly 6%. 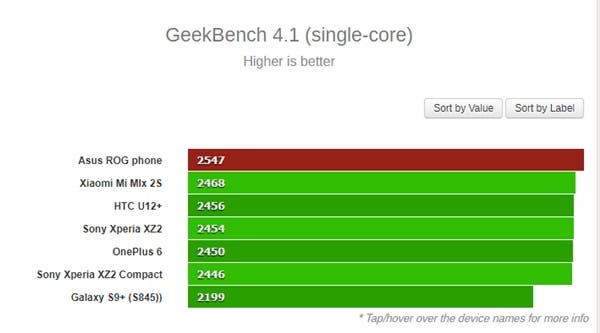 Qualcomm has already announced the Snapdragon 850 chip with a 2.96GHz frequency. But Asustek didn’t change the model to the newer SoC. Many may think the manufacturer missed it, but we think there are real differences in hardware level. 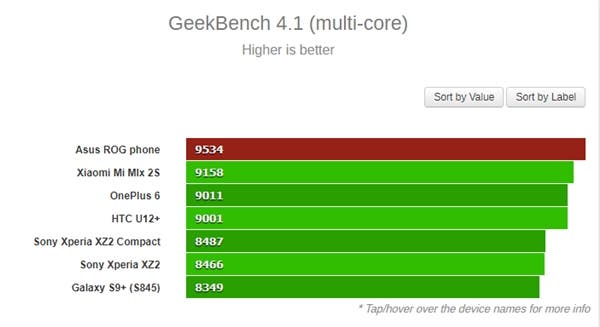 Well, yesterday, GSMArena sorted out the GeekBench data on the ASUS ROG game smartphone. The latter had appeared on the benchmark’s database with a model number of ASUS_Z01QD. The running points are quite unusual if comparing with the Xiaomi Mi MIX 2S, the OnePlus 6, the HTC U12+, the Samsung S9 Plus and other top-end models – the phone scores 2457 points and 9534 points in the single-core and multi-core tests, respectively. 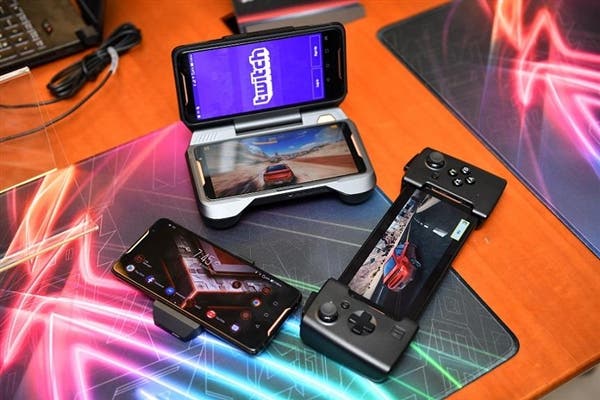 On the other hand, when the ASUS ROG game phone was introduced at the conference, the spokesperson said our protagonist scores 304.183 points at AnTuTu. Thus it should be classified as the most powerful smartphone in terms of performance.

As for the rest of features, the ASUS ROG game smartphone is packed with an 8GB of RAM, 512GB of internal storage, a 6-inch display featuring a 90Hz refresh rate, a 4000mAh battery supporting QC4.0+, and many more.

Next Check Out Official Samples of Xiaomi Redmi 6 Camera