A new Samsung Galaxy J series smartphone seems to be on the way going by the moniker- SM-S757BL. The handset has received Bluetooth certification and the SIG website it is listed on shows its retail name to be the Galaxy J7 Top. That’s quite an unusual name for a Samsung handset and it might be a completely new offering from the Korean OEM.

As far as Bluetooth certifications go, we weren’t able to get any juicy details about this new budget handset. However, just for information sake, it supports Bluetooth v4.2. And as per Mysmartprice, a previous Wi-Fi Alliance encounter tells us that it runs Android 8.0 Oreo. Also, it has dual-band Wi-Fi 802.11 a/b/g/n/ac support out of the box, pretty standard stuff. 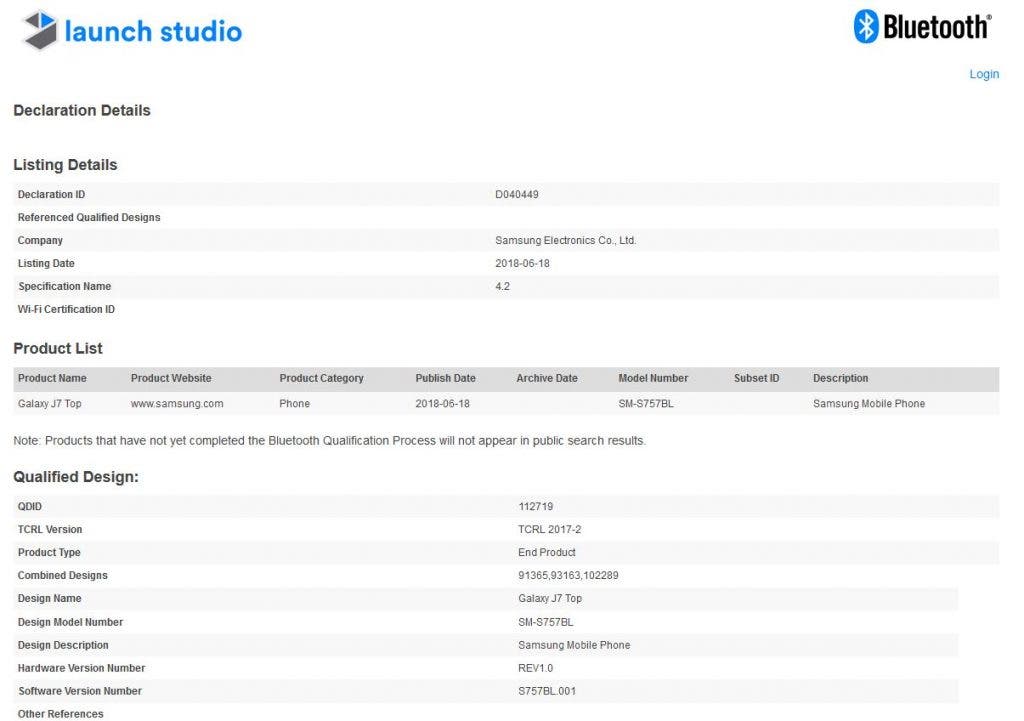 However, the Korean variant of the same Galaxy J7 Top, that has model number SM-J737S appeared on Geekbench recently. That is how we know more about the specifications of the global variant i.e. SM-S757BL.

The Galaxy J7 Top has an Exynos 7870, and 2GB of RAM and it should launch in the near future seeing that it has received Bluetooth and WFA certification.