The Google Pixel 3 and 3 XL, as we suppose they will be called are two smartphones that might not go unnoticed when announced later in the year. Both upcoming devices have been the subject of a number of leaks and reports lately, and it appears that won’t change soon until they are made official, just as a new leaked Pixel 3 XL casing is now making the rounds.

The leaked case render, tweeted by Iceuniverse seems to have confirmed previously leaked render of the device which showcased its front design panel. The leaked renders, much like the previously leaked ones re-affirms the presence of the iPhone X inspired notch design with the notch housing camera sensor and the earpiece. Based on the leaked case render, the rear camera of the Google Pixel 3 XL will fall short of the trendy dual rear camera found in most moderns smartphones and will assume a position slightly closer to the left-hand corner, while the fingerprint sensor sits below it, but centrally placed.

Sadly, you may have to settle for a different device if you so much hate the irregular notch design that is currently trending. Like we already know, Google’s next Android OS -Android P will support phones with notches, and with the assumption that Google will debut Android P on the Pixel 3, the likely hood of a notched Pixel 3 XL becomes very feasible.

If rumours are to be believed, Google could be returning the wireless charging tech on its, so we expect the Pixel 3 XL to come with a full glass back. 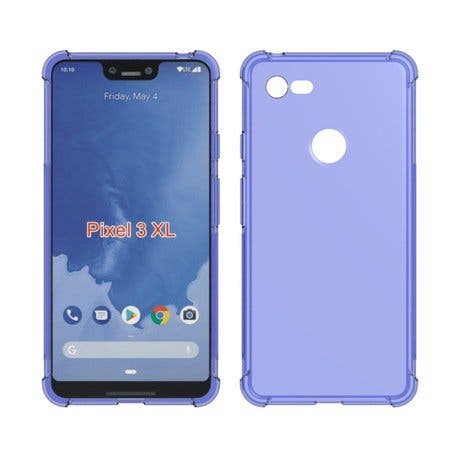 The original Pixel the Pixel XL,  the Pixel 2 and Pixel 2 XL both debuted in October 2016 and 2017 respectively, so we assume Google won’t deviate from this schedule of introducing the next phone in October.

Next Samsung's own GPU could come for future low-end smartphones