Just last month, HMD released three Nokia handsets in a row. The names of these handsets are also very interesting. They are the Nokia 5.1, Nokia 3.1 and Nokia 2.1. But HMD has gained momentum, and it is not going to stop. Yesterday, we learned the Nokia 5.1 Plus passed TENAA certification. This simply means its launch date is just around the corner. Today, the phone leaked once again revealing all of its features and design elements. 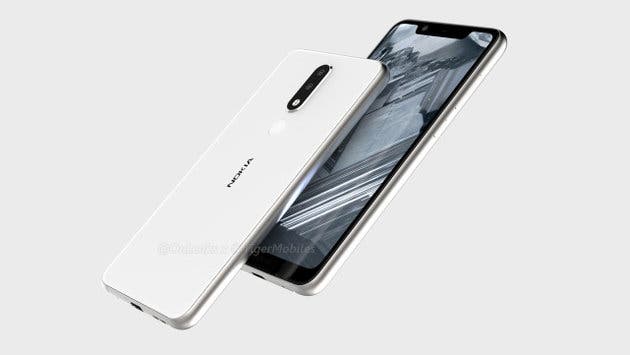 According to the latest news, our protagonist is equipped with the same processor as Nokia 5.1, which is believed to be the MediaTek Helio P18 (aka MT6755S). Earlier, it’s been said the phone will be packed with an octa-core processor clocked at 2.0GHz. But the model name remained unknown.

When looking at the renderings, we see the Nokia 5.1 Plus uses a notch screen design. The screen ratio is 19:9. As for the screen size, it should come with a 5.86-inches providing a 1520 x 720p resolution. Moreover, in comparison to the original Nokia 5.1, there are many differences. But when compared to the Nokia 6X, we can notice many similarities

It’s believed the Nokia 5.1 Plus will be officially released at the IFA conference held in September this year. As for the price, there is not yet a clear statement.

Nokia 5.1 Plus is finally getting Android 10 update

Nokia 3.1 Plus and Nokia 5.1 Plus Prices Leaked a Day before Launch