Motorola has finally started rolling out the Android 8.1 Oreo update to its unlocked and Amazon Prime variants of the Moto X4. The update arrives as version OPW28.2. The update brings the Pixel 2 like launcher with light and dark themes as well as Android security fixes for the month of May. About time, Motorola. 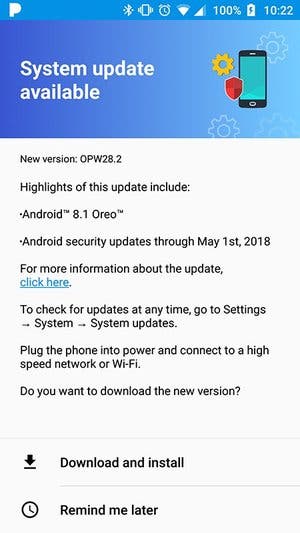 For a brand that runs close to stock Android, Motorola sure are taking their sweet time in pushing updates to their phones. The Android One variant had already received the Oreo update. It’s not just the X4 that has received a delayed update. The complete line of the G-series has not been updated yet. Of all the manufacturers, Moto is the least expected to be delaying the deployment of updates for their phones.

Reports said that Motorola is gearing up to update the G5S line of smartphones. The soak test is apparently taking place in Brazil right now. There is no indication when other markets will receive the update, or if they ever will.