In April of this year, Huawei officially released the Huawei P20 series flagship phones. Among them, the Leica triple-camera experience of the Huawei P20 Pro left a deep impression on customers. It also scores 109 points in DxOMark. Thus, we are dealing with the best smartphone camera in the world. But there is another flagship series, Mate. The best models from this line usually release in October of each year. So it’s expected the Huawei Mate 20 will debut at that time as well. Moreover, during the previous Shanghai CESA, Huawei disclosed that the Mate 20 will be released in October. But seems some people don’t want to wait until this date. 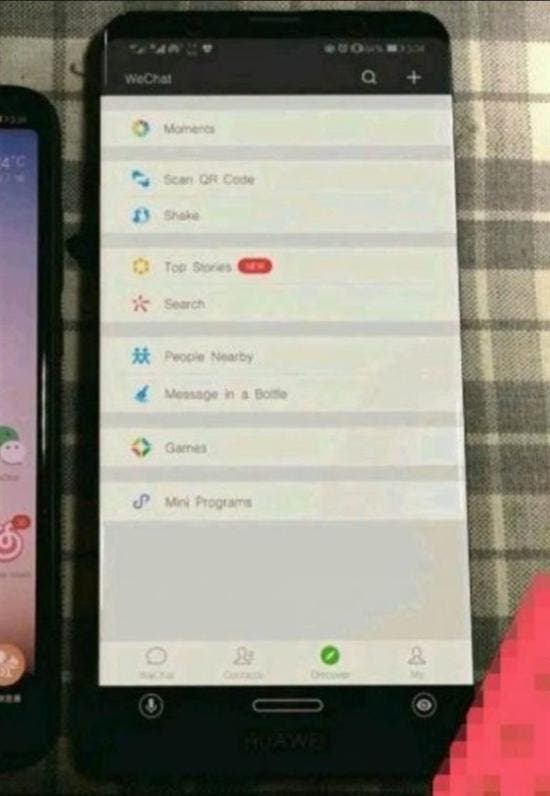 Today, a spy photo of an unreleased Huawei phone spotted. Though the resolution of the photo is too low, the notification bar and the logo on Chin shows we are dealing with a Huawei handset. On the front, seems this device uses a curved borderless screen design. The left and right borders almost completely disappear. Moreover, it doesn’t use the notch screen seen on many current models. But the forehead and chin are narrowed a lot. 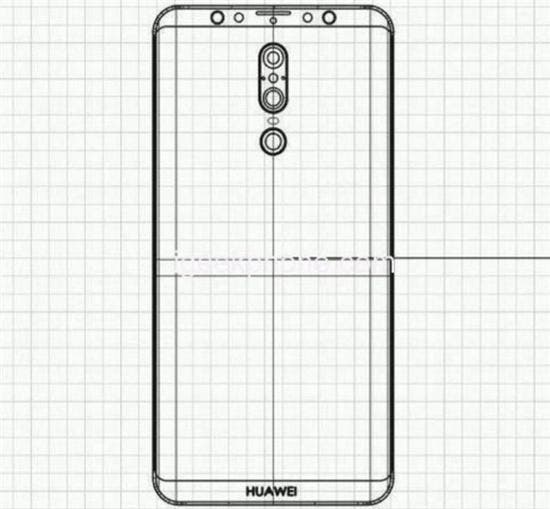 In addition to the leaked photo, there is also a design sketch, suggesting this Huawei phone will use the same triple-camera module of the Huawei P20 Pro. So there is every reason to think this is the much-talked Huawei Mate 20.

Apart from this, there are rumors saying the Huawei Mate 20 will be packed with a Kirin 980, which should score around 350.000 points at AnTuTu. At last, there is no opening for the common fingerprint scanner. Will it support an under-display fingerprint recognition? Seems, yes. Moreover, the company has already launched a handset with such a feature. As you remember, the Huawei Mate RS Porsche Design uses an on-screen fingerprint technology.