We’re expecting twin launches from Xiaomi on June 25. One of them is the Mi Pad 4 and the other is the Redmi 6 Pro official teasers of which were just outed today revealing all its colours. Xiaomi has also revealed one thing about the Mi Pad 4 that was not cleary known – the processor.

The Mi Pad 4 will be loaded with a Snapdragon 660 chipset, clearly states a new Xiaomi teaser. Even though the processor will be powerful, Xiaomi will be underclocking it from its usual 2.2GHz to 2.0GHz. Additionally, the coming Mi Pad will also have some software tweaks that will deliver “smart game acceleration”. 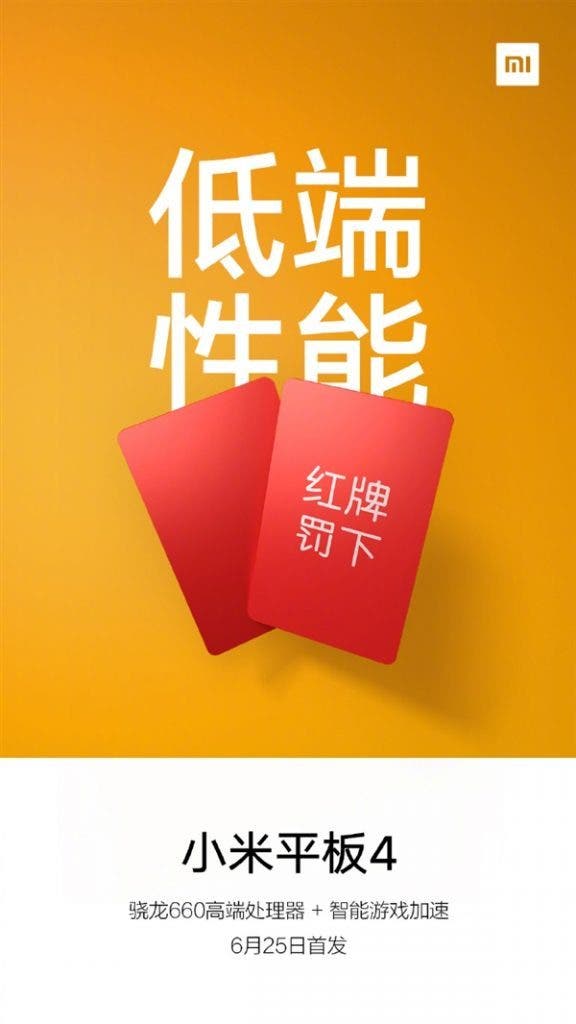 As a matter of fact, XDA were spot on when they predicted the SD 660 to be onboard the fourth generation of Mi Pad. The poster also says that the Mi Pad 4 will get a tad bit bigger with a 8-inch screen and most likely it will be Full-HD. It is also being said that the slate will have an 18:9 aspect ratio. While it does seem impractical for an 8-inch tablet, it will make for a attractive-looking display.

As for other specs, the Mi tab will feature a 13MP rear camera, a 5MP front camera and a 6,000mAh battery. The Mi Pad 4 launches on June 25 along with the Redmi 6 Pro.