On the evening of June 23rd, Meizu technology founder – Huang Zhang – revealed in the Meizu community that the Meizu 16 is going to be the most cost-effective phone to come packed with a flagship Qualcomm Snapdragon 845 CPU.

The info about the possible pricing of Meizu’s next flagship has been suggested thanks to an user on the company’s forum. When the forum member asked if whether the Meizu 16 was going to cost more than 4000 Yuan, the Chairman answered that “4000 Yuan will be enough” (around $614).

Huang Zhang also said that “low-cost products are certainly not my food, the company’s bloated inefficiency can not support cost-effective products, I want to personally completely change the previous model.” 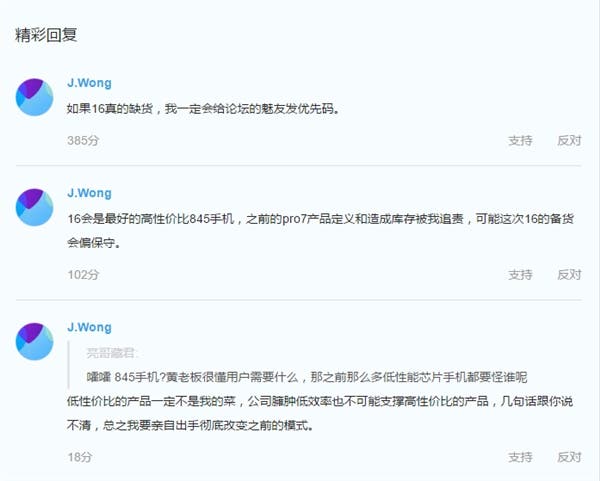 According to other details always disclosed by Huang Zhang, the Meizu 16 series will be available in two sizes, and both versions will be equipped with a Qualcomm Snapdragon 845 processor, an under-display fingerprint scanner and 8GB of RAM in the top variant.

Huang Zhang also revealed that they will not do as they did with the launch of the Meizu PRO 7, where they produced more phones than they could sell. This time around, the production will be more conservative and will only be produced in larger quantities when (and if) it goes out of stock.

What do you guys think about that price tag?