Samsung already delivered the latest Android 8.0 Oreo release for some of its smartphone inside and outside the flagship spectrum. However, Samsung has a myriad of smartphones that are still waiting to taste the latest Google’s cookie, most of them are part of the mid-range category and will remain abandoned, while the other part will start to receive the update from next month.

According to Samsung Turkey, Samsung has already made public the list of smartphones that will receive Android 8.0 Oreo. Besides the Galaxy S7 and S7 Edge, a bunch of Sammy smartphones still wait for the update. 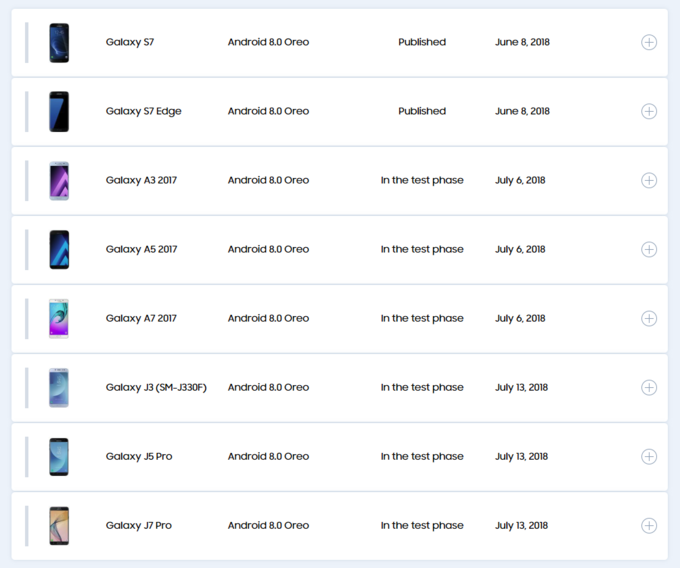 Worth mentioning that this information is regarded to the Turkish market, however, once that the referred updates start to be delivered in the country, it shouldn’t take so many days to hit other countries across the globe. The current update schedule still isn’t ideal, but at least, is good to see some old devices that aren’t flagships will be able to get a taste of Android Oreo.