Are you a YouTube user? Well, that may be a pretty obvious question, no matter if you’re an avid user of the streaming platform or just a casual viewer. We’re all smartphone enthusiasts, and the Google’s platform is one of the best places on the internet for media content related to this preference.

Since last year, the company started to offer the Picture-in-Picture mode for the YouTube Android application, however, this availability was only available for those users who are signed in the RED/Premium plans of the platform. Today, in a surprising move, Google decided to offer the feature to all users in the United States. At the moment, we can’t affirm if the Alphabet-owned company will expand the availability to other countries, but the company could continue to roll out the feature to other territories in the coming days. 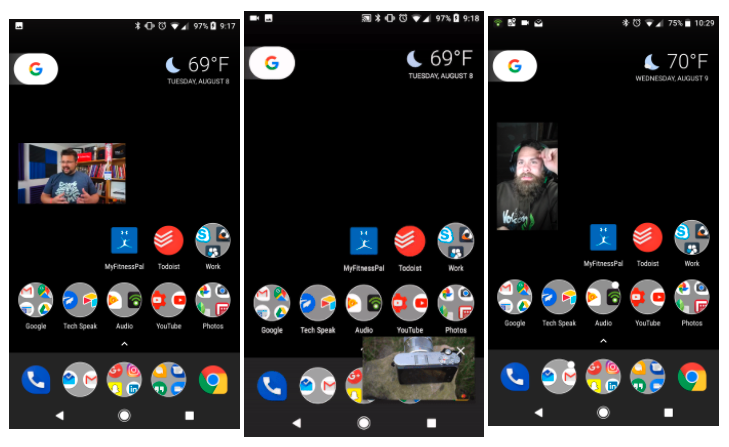 For enabling YouTube picture-in-picture mode, first of all, you’ll need an Android Oreo smartphone, since the newest Android feature debuted in the latest Google’s flavor back in 2017. Second, you will need to use the new PiP toggle in the YouTube’s application settings menu, after that you just need to press home while watching a video, and then you’ll get a small floating window of your video in the home screen.

Worth mentioning, that not every video will support PiP since the uploader has the option to enable the feature before publishing a video in the streaming platform. I’ve used the picture-in-picture mode for YouTube in some circumstances, at first I thought that it would be just a mere gimmick, but in some occasions, it turns out to be a very convenient feature. We just hope that Google expands this kind gestures to other countries across the World.