Xiaomi’s Mi A2 is one smartphone that the company will just not confirm is coming. But recent cracks in its leak-proof body have lead to a number of comprehensive proofs that the handset arriving soon. The most recent one is in Taiwan’s NCC. The Mi A2 has apparently got certified there yesterday and looks ready for a launch in the country.

Meanwhile, Xiaomi has recently teased a global launch event, the whereabouts of which is currently undecided. It is widely believed that this event will potentially be a long sought after Mi A2 debut event. Dates still remain unknown but should be disclosed in early July.
As for the spotting at NCC, it was spotted by DealNTech, with a model number M1804D2SG that resembles its Chinese counterpart. Aside from the confirmation of the device, there isn’t much to the NCC certification. 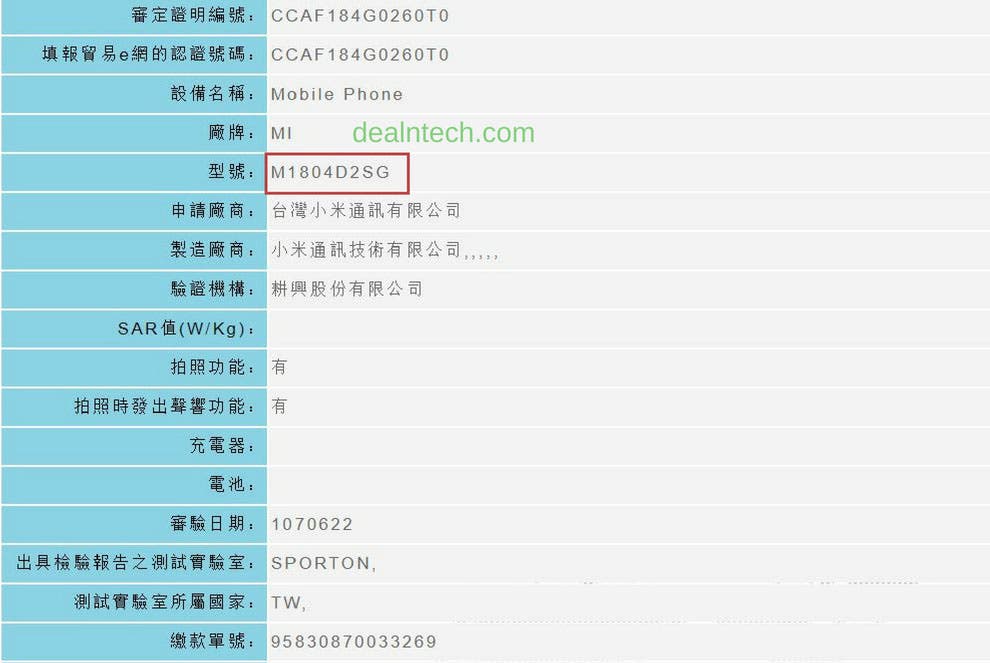 Next Hisense H20 Announced With Notch Screen And AI