A few days ago, CUBOT launched the Cubot Power flagship phone, which received a great feedback from the community. But that’s apparently not enough for the phone maker that wants to fill the market with great cost-effective handsets for every price segment, thus the low-end dual 4G phone – the Cubot Nova – has been launched today.

Cubot Nova’s main highlight is its supports for simultaneous standby of two 4G SIM cards, thanks to the MediaTek MT6739 CPU it’s been equipped with; the SoC does indeed support many base bands and dual 4G FDD/TDD-LTE networks. From it, we can expect a standard download speed of up to LTE Cat.4 150Mbps and an upload speed of LTE Cat.5 50Mbps, dual card dual standby dual VoLTE. It then supports eMBMS, HPUE, 600MHz frequency band and has a TAS 2.0 smart antenna system (enhance the signal quality when holding the phone).

In terms of memory, the Cubot Nova comes with 3GB of RAM and 16GB of the internal storage, which can be expanded to 128GB through the microSD slot. With this hardware the smartphone should run smoothly also thanks to the latest Android 8.1 Oreo OS we find on board straight out of the box. system, the phone runs fast.

The Cubot Nova features a 5.5-inch 18:9 aspect ratio screen with 1440*720 HD+ resolution. The elongated aspect ratio will make it feel as big as a 5.0-inch phone in the hand, which is great for those who have smaller hands.

Other specs on the Cubot Nova incluse a 13MP rear camera, an 8MP selfie snapper, a rear fingerprint scanner, a 2800mAh capacity battery and an overall slim body. 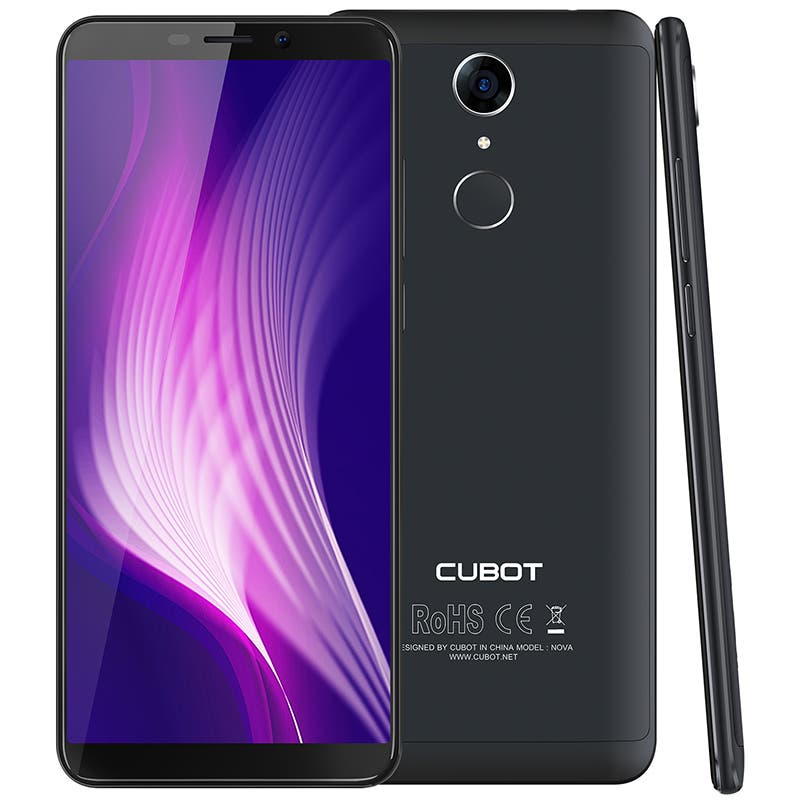 Finally, what’s probably the real selling point for the handset – its price. The Cubot Nova did indeed just go on sale for just $89.09, which is quite an affordable price tag for the decently specc’ed phone. If you want to get one, you can find it now on both AliExpress and Gearbest.

What do you guys think about the phone? Let us know down below!

Next Oppo A5 Press Renders and Specifications Leaked