The Oppo A5 press renders and specifications have leaked hinting at an affordable segment smartphone. This one will probably join the ranks of the Realme 1 judging from the specs and design.

So the phone has a full-screen display with a notch on top that houses the single front camera, earpiece and other sensors. The body seems to be an amalgam of glass and metal and measures 156.2 x 75.6 x 8.2mm. The rear has a design similar to that of the Realme 1. The renders showcase two colour variants, rose gold and blue. A dual camera sits on the glass back, an upgrade from the Realme 1’s single-camera setup. The display barely has any bezels. Seems like Oppo has ditched the fingerprint scanner and gone ahead with the Facial recognition as their primary security measure. 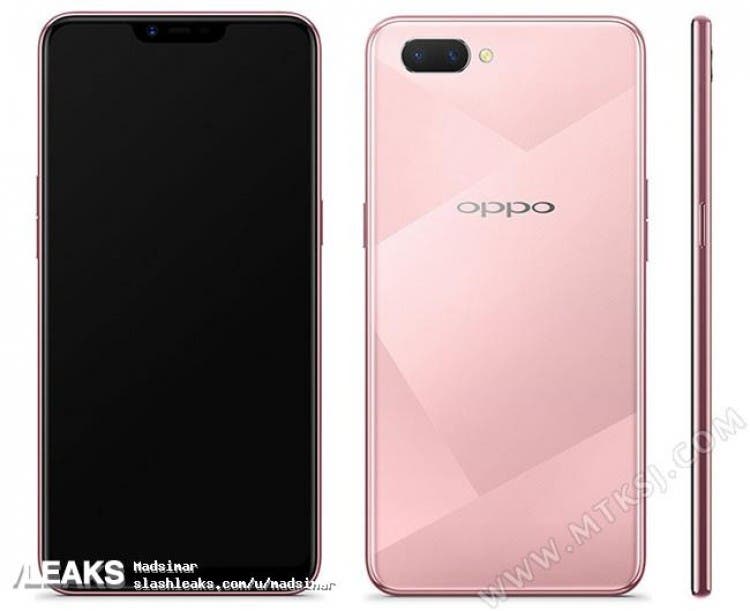 The reported specifications include a 6.2-inch HD+ display with a 1520 x 720p resolution, Qualcomm Snapdragon 450 coupled with 4GB RAM and 64GB onboard storage. The camera on the back is reported to be a combination of 13MP+2MP sensors while the front is reported to be an 8MP sensor. The phone is expected to be powered by an impressive 4230mAh battery and Android 8.1 Oreo. There is no news on the release date of the Oppo A5 but judging from the press renders, the launch does not seem to be far away.