The present technology that is used for facial recognition is based on structured light and it identifies about 30,000 points on a user’s face. Take note, I am strictly talking about the iPhone X’s Face ID. Rest of the market has a very crude implementation of the same, while brands like Oppo and Xiaomi are slowly catching up. Samsung’s patent uses both the structured light and iris recognition. This enables better security as compared to Face ID. 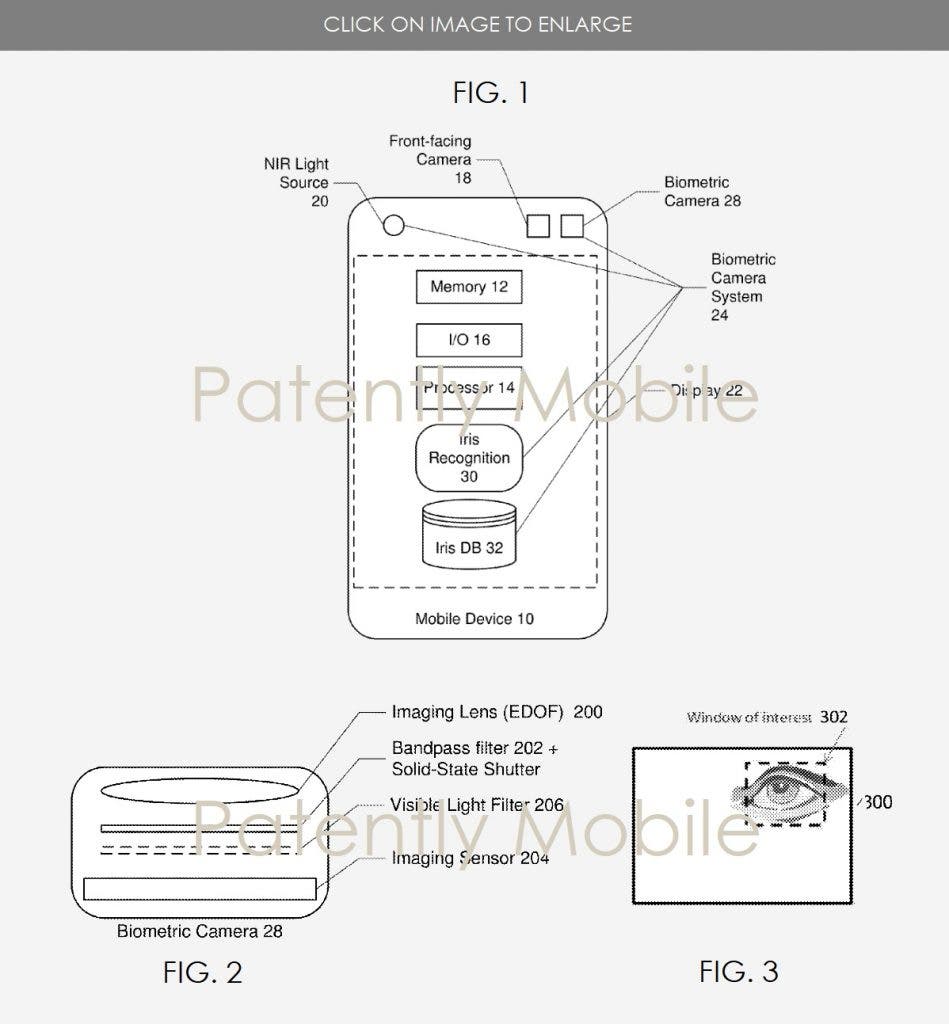 The patent also details the drawbacks faced by biometric scanners which can be overcome by NIR (near infrared) light source, the biometric camera consisting of an extended depth of field (EDOF) imaging lens, a bandpass filter located adjacent to the EDOF to remove ambient light during image capture and an imaging sensor lying adjacent to the bandpass filter to enable conversion of an optical image of an object into an electronic signal for image processing.

The patent also states that the biometric camera would be able to perform eye tracking, proximity sensing, 3D time-of-flight sensing, etc. The patent was filed back in quarter 3 of2014, way before the concept of Face ID came into the picture. So technically, Samsung was way ahead of Apple on this one.

It’s not known if Samsung will implement this tech in their smartphones. If they do, when that will happen is up for discussion. It might be a part of the Galaxy Note 9, which will be unveiled on 9th August. Or we might never get to see it. Nevertheless, it is quite an innovative approach towards facial recognition, or rather “iris” recognition.