Not a day goes by that a new leak or report surrounding the Xiaomi Mi Mix 3 makes its way to the web. This time we have another set of hands-on images. All the rumours so far seem to be going in the right direction. Even the hands-on images from before are similar to this one. Looks like these rumours might be true after all. And we are hoping they are because the phone looks amazing.

The phone pictured in the images looks no different than a previously reported hands-on image. There’s practically zero bezels on the top and the bottom making this a truly bezel-less smartphone. There’s no sight of a front camera or a fingerprint scanner. Previous reports have indicated the presence of a Vivo Nex-esque pop-up camera although that rumour is yet to be confirmed. The fingerprint scanner is also expected to be under the screen. While these are mere rumours, they seem to be gaining more and more traction every passing day. Xiaomi has already managed to implement an in-display fingerprint scanner on their Mi8, so it shouldn’t come as a surprise if the Mix 3 also sports one. 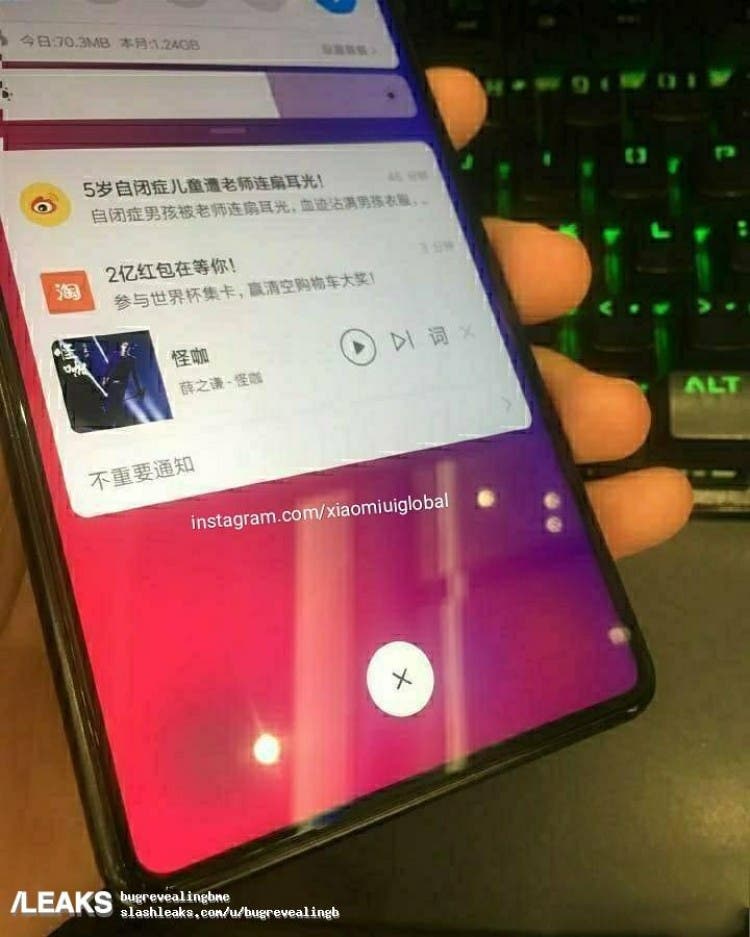 So far, the only phone on the market that has managed to get rid of the chin, is the iPhone X. But it comes with a notch. If rumours are to be believed, the Xiaomi Mi Mix 3 will probably be the first phone devoid of any top bezel or chin. The phone is currently under a thick shroud of mystery which is getting cleared with every leak. Xiaomi is expected to unveil the Mi Max 3 at the end of this month. In all probability, we might get to see the Mi Mix 3 by the end of August. We expect more reports to pop-up in the coming days. Stay tuned!

Previous Xiaomi India appoints Muralikrishnan B as its new COO