The rumour mill does has been churning out non-stop reports surrounding the Xiaomi Mi Mix 3, This time we have a full frontal view of the Mix 3 in a hands-on image that was posted on Slashleaks. 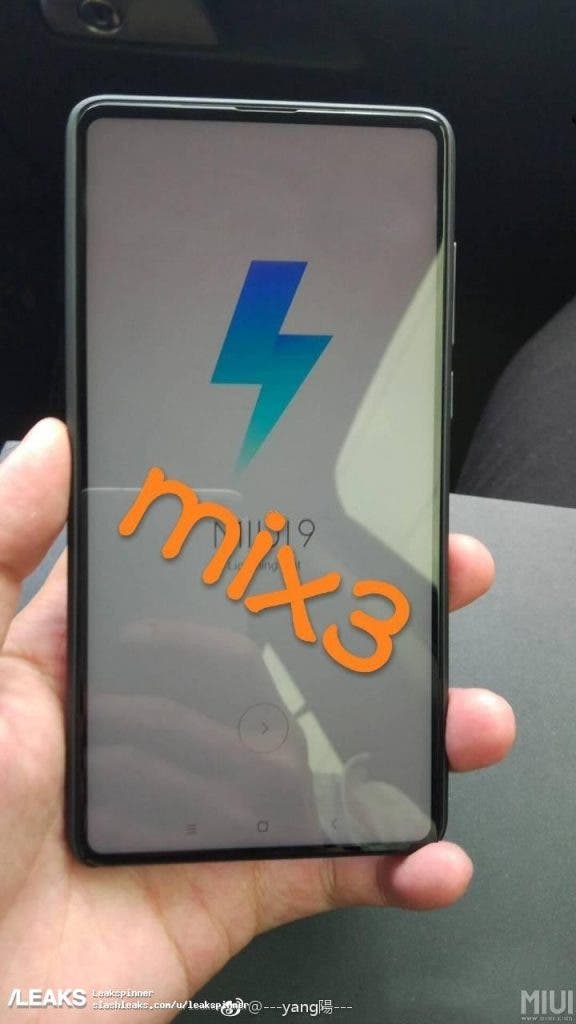 The leaked image shows a completely bezel-less phone. This time, there’s no notch or chin. The top of the phone has a tiny slit for the earpiece. Barring that, the front of the phone is completely covered by the screen. There’s no sign of a front camera hinting towards a pop-up camera as was recently reported. The volume rocker and power buttons sit on the right side while the phone looks devoid of any other physical buttons. If speculations are to be believed, the Xiaomi Mi Mix 3 will not sport a physical, but an in-display fingerprint scanner.

There is not much to infer from the image except that beautiful display up top. The Mi Mix 3 is expected to sport a dual camera setup on the back. It will most probably be powered by the Qualcomm Snapdragon 845 chipset. An earlier teaser hinted at a launch in September this year although Xiaomi has not yet revealed any such plan. Xiaomi is already gearing up for a launch of the Mi Max 3 this month past which the Mix 3 should start popping up more and more on the web. Stay tuned!