The Huawei Nova 3 is all set to be launched on the 18th of July. It is supposed to launch alongside the Talkband B5 at the Shenzhen Universiade Stadium in China. The Nova 3 has leaked in a hands-on image confirming some of the earlier reported specifications. 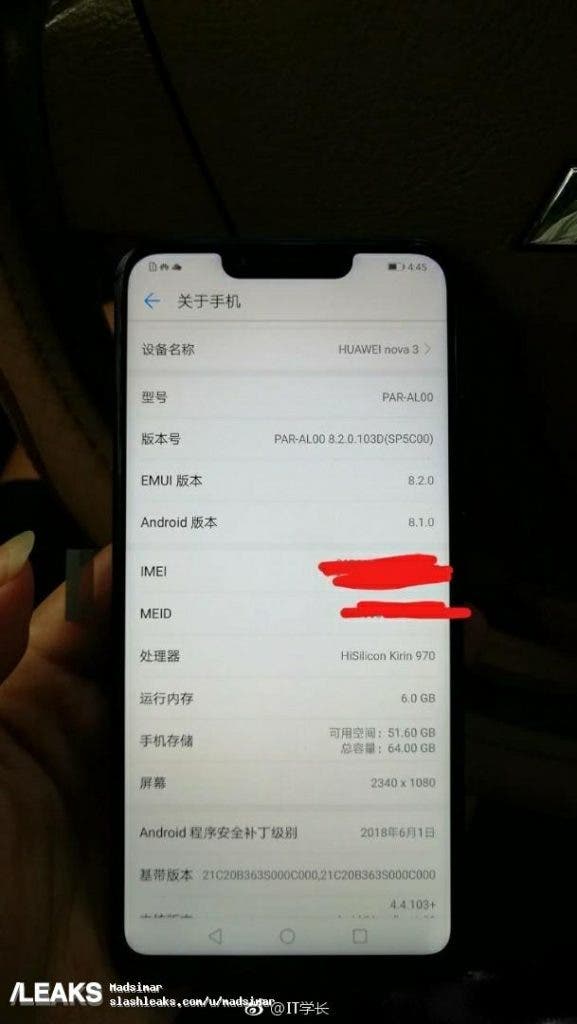 According to TENAA the Huawei Nova 3 will sport a 6.3-inch Full HD+ (2340 x 1080p) display. Under the hood will be an undisclosed processor, probably the Kirin 659 chipset which is the standard in almost every mid-range Huawei smartphone. But the leaked image shows the Nova 3 with the Kirin 970 coupled with 6GB RAM and 64GB of onboard storage. There’s a dual camera setup on the back comprising of a 24MP and 16MP snapper while the front also sports a dual camera setup of 24MP and 2MP snappers.

The Nova 3 will be powered by a 3650mAh battery and Android 8.1 Oreo with EMUI 8.2 on top. The phone is expected to be available in two variants, 64GB and 128GB. The phone will be launching with the Talkband B5. The pricing of the phone has not been revealed yet. But the presence of the Kirin 970 should make put this phone on the same level as the Huawei P20. We will know for sure in a few days. Stay tuned!

Next Moto E5 Plus with humongous 5000mAh battery launched in India