The Android 8.1 Oreo release took some time to get ready for the Xiaomi’s Android One smartphone a.k.a Mi A1, and when it finally got released a big nasty issue involving SMS made the company put the update on a hold. Thankfully Xiaomi was able to fix the issue that completely wiped the SMS history after applying the update. Today the 8.1 update is being rolled out again for all Xiaomi Mi A1 handsets.

Alongside the fix that made the previous version “unstable”, the company included the latest July Security patch to the release. Now the Mi A1 sits on the group of Android smartphones running the most updated and secure version of Android. The new build weighs at 467MB and is labeled as OPM1.171019.026.V9.6.4.0.ODHMIFE. 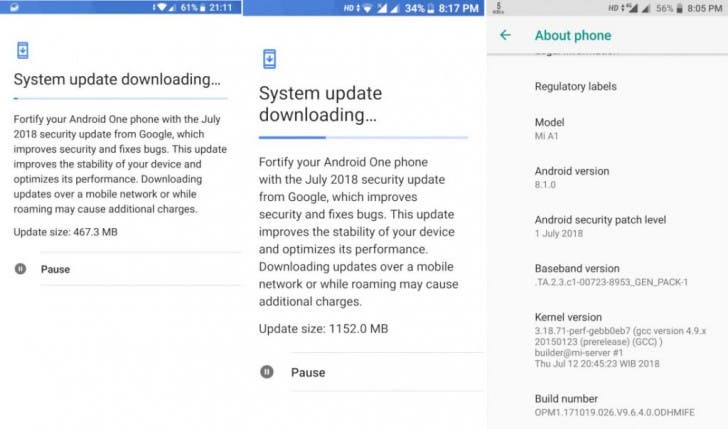 For those who have already installed the previous release with the SMS bug, a different update will be delivered with a larger 1.15GB file. According to the update changelog, the new package includes a set of performance enhancements, although it doesn’t exactly describe them.

Since the update is being delivered through OTA it should take some time to arrive for all smartphones, so don’t hold your breath for it. As usual, it can take days or weeks to arrive on your smartphone. Of course, checking System > About >> Update doesn’t hurt anyone.