Readying the industry for the coming 5G revolution, Samsung has successfully developed an industry first 8GB LPDDR5 DRAM module. Samsung was also the first to bring the 8GB LPDDR4 to mass production in 2014 and once again looks to disrupt the area with another breakthrough.

The 8GB LPDDR5 DRAM is 1.5 times faster than current flagship DRAM modules used in high-end smartphones. It has a data rate of 6400Mb/s whereas the last one had a rate of 4266MB/s. This results in blazing fast transfer speeds of around 51.2 GB per second.
The rise in performance was achieved through different architectural changes. Samsung doubled the subdivisions inside the DRAM cell from 8 to 19, hence not only increasing speed but also power efficiency.

For power saving, the chip has been programmed to work in tandem with the application processor and thus lowering voltage when needed to conserve power. It also has a deep sleep mode that is more efficient than the ‘idle mode’ on the current LPDDR4X DRAM. This allows power savings of up to 30 percent, a good impact on battery life. 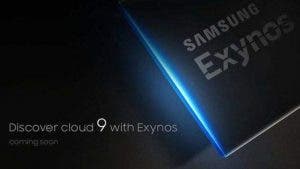 The 10-nm class LPDDR5 DRAM module comes in two bandwiths: 6400Mb/s at 1.1 operating voltage (V) and 5500Mb/s at 1.05V. The chip will be UHD compatible for mobile devices worldwide. Mass production of the chip is expected to start soon in Samsung’s facility of Pyeongtaek, Korea.